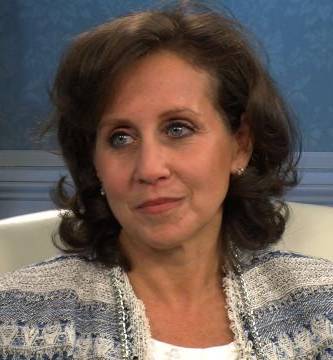 CBS News says that  Bioidenticals are no safer than other hormone replacement therapy.  This is incorrect, they are actually safer.

Recently, CBS News did an interview with Dr. Christina Matera entitled, “Bioidenticals no safer than other hormone replacement therapy”

Although Dr Matera managed to get some of the information right, much of it is misinformation and drug company propaganda.

A Hatchet Job Against Compounding Pharmacies-

Here is a quote from the article:

“Dr. Cristina Matera, a reproductive endocrinologist at New York-Presbyterian Hospital/Columbia University Medical Center,  warned that patients should be aware of the risks that come with using products that are compounded and not FDA approved…..One of the main concerns is that the amount of each hormone used is not monitored. When treatments like these are produced in a compounding pharmacy, the final product is not FDA regulated. Compounding pharmacies themselves aren’t subjected to the same quality standards as other medical production facilities that are regulated by the FDA.”

The Issue of FDA Regulation of Compounded Formulations.

Compounding pharmacies are heavily regulated at the state level.  Not at the federal level.  That is as it should be.

Compounded medications have never been under the jurisdiction of the FDA and are not subject to FDA approval simply because they are made to order and are not manufactured.    To make a statement that FDA approval gives you a better or safer product is simply false.  20% of FDA approved products are later banned or given a black box warning.  Where is the higher level of safety for these “FDA Approved” products?

All Hospital Pharmacies are Compounding Pharmacies

In the video interview, Dr Matera said a few things right.  Her definition of “bioidentical hormones” as the exact chemical structure as the estrogen and progesterone hormones made by the ovary is correct. This is OK.

Mr. Lapook, the CBS journalist, brings up a study in 2001 in which one third of compounded products failed analysis. The study did not specifically state which pharmacies were sampled or how the analysis was conducted. Was this a hatchet job?  Was this a drug industry sponsored study to destroy the competition?  Perhaps.

I would agree there may be  some variation in quality,  and differences from one pharmacy to another in terms of quality control and service. That is why we use only the highest quality pharmacies which specialize in women’s hormones,

To state there are greater risks when using compounded medications compared to manufactured hormone patches (which are FDA approved)  is simply false and serves as drug company propaganda to drive customers away from the competition.

Adjusting Dosage Based on Symptoms

Dr. Lapook brings up testing to monitor and adjust hormone dosage, and Dr. Matera replies that hormone dosage should be based on symptoms that we are trying to treat, not reliance on testing. This is correct and this is the way we adjust dosage in our office as well.  Dosage is adjusted as needed for full relief of menopausal symptoms.

Dr. Matera then goes into a discussion of the three different types of estrogen in the human body: 1) estadiol 2) estrone and 3) estriol

Dr. Matera.goes on to say that estriol (3), which is commonly included in compounded hormone formulations, is only made in the placenta and, ” why are we giving a placental estrogen to a menopausal women…. This is “not natural”.

I would take issue with this attempt to disparage Estriol as unnatural.  It is very natural.   Although Estriol is made by the placenta, it is also present in high concentration is the blood stream of  all pre-menopausal women. Estriol circulates in the blood stream of all women at nearly 10 times the concentration of estrone and estradiol,(2)   So this omission by Dr Matera is really a piece of misinformation.

Not only is Estriol very “natural” it is also the safest of the three estrogens.  Estriol has been used as the sole hormone for relief of menopausal symptoms, and found safe and effective in medical studies. (3)  Dr. Stefan Gold actually states that Estriol is the SAFEST of the three estrogens (4).

Dr Matera says she stopped prescribing Premarin after the Women’s Health Initiative Study showed that oral estrogen tablets are associated with increased blood clots and inflammation. (see my article on this )  Instead, Dr Matera uses transdermal hormone preparations applied to the skin. This is all very good and  correct.  We follow the same protocol in our office. Premarin stands for pregnant mares urine… Dr Matera has stopped using Premarin since WHI because it is an oral estrogen… she prefers transdermal through skin with  less risk of blood clots. Transdermal hormones also allow for more variation in adjusting dosage for her individual patients.

What We Use Bi-Est combined with Progesterone

We use the popular transdermal Bi-Est estrogen formulation which contains estriol and estradiol. We add progesterone,  so the hormone cream contains all three hormones in the proper ratio.

What about the Progestin? One glaring omission from Mr. Matera’s discussion is the form of progesterone used by Dr. Matera.  I would assume she uses micronized progesterone, the bioidentical form, but this is not specifically spelled out in the interview.

The Issue is More Complex

Dr. Julia Files from the Mayo Clinic  points out “the claim that the safety profile of bioidentical compounds is better than that of FDA-approved Hormone Therapy belies the complexities of the topic. Both Compounded  and FDA-approved Hormone Therapy are available in various dosages, combinations, preparations, and routes of delivery that may have differing effects on risk to an individual patient.”  (5)

Dr Files is correct, there are many variables to consider when judging a hormone program as safer or riskier.  You have to look at the hormones used, whether synthetic or bioidentical, the route of delivery, whether oral or transdermal; as well as the dosage and other components of the program.

To make a blanket statement that one hormone program is safer or riskier than the other is not a valid intellectual exercise unless all these variables are considered.  That is what the doctor should be doing  to come up with the safest hormone formulation possible.

The Great Omission – Synthetic Progestins are the Monster Hormones

The great omission, of course, and my greatest objection to the  Dr. Christina Matera interview, is the silence regarding synthetic progestins such as Provera, chemical name medroxy progesterone, commonly used in the combination pill Provera, the discredited hormone pill used in the Women’s’ Health Initiative, terminated early due to increased cancer and heart disease.

Bioidentical Hormones do not cause cancer or heart disease, while synthetic progestins do cause cancer and heart disease.  By omitting this information, Dr Matera has done a disservice to her listening audience and potentially harmed some women who actually took her seriously.

I would urge Dr Matera or any other physisicn to read the following article by Dr Neal Rouzier which explains why bioidentical hormones are safer than synthetic hormones such as Proempro and Provera.

So in conclusion, there is no doubt that Bioidentical Hormones are much safer than synthetic hormone preparations such as Prempro which contains Provera.  Synthetic hormones have been shown to cause increased risk for cancer, heart disease and blood clots.  Dr Matera conveniently avoids this comparison.

If you listen closely to Dr. Matera, it sounds like she has joined the opposing side and has adopted the use of bioidentical hormones in her own practice. However, she stays loyal to the manufacturing drug industry and disparages the compounding pharmacy industry.  This is a form of shooting herself in the foot.  Compounding pharmacies are embedded into the very fabric of American Medicine.

Dr. Matera no longer uses Premarin and uses transdermal estradiol instead.   Does she also use Bioidentical Progesterone with the Estradiol.  I would hope so.

1) http://www.cbsnews.com/news/bioidenticals-no-safer-than-other-hormone-replacement-therapy/   By Michelle Castillo CBS News October 29, 2013, 7: 16 AM Bioidenticals no safer than other hormone replacement therapy

to assess the therapeutic efficacy and safety of oral estriol for the treatment of climacteric symptoms in postmenopausal women.
METHODS:  68 postmenopausal women with climacteric symptoms received oral estriol, 2 mg/day, daily for 12 months. We evaluated the degree of climacteric complaints with estriol therapy; serum levels of gonadotropins, estradiol (E2) and lipids; biochemical markers of bone metabolism; blood pressure; and side effects both at baseline and during treatment. Climacteric symptoms were assessed according to the menopausal index (MI), a version of the Kupperman index that had been modified for Japanese women.
RESULTS:  oral estriol therapy significantly reduced total MI scores. The greatest relief was noted for hot flushes, night sweats, and insomnia. Estriol treatment significantly lowered serum follicle stimulating hormone (FSH) and luteinizing hormone (LH) concentrations but did not affect any of the other parameters (lipids, bone, liver and blood pressure) during the study period. Slightly vaginal bleeding occurred in 14.3% of those who underwent natural menopausal women. Histologic evaluation of the endometrium and ultrasound assessment of the breasts following 12 months of estriol treatment found normal results in all women.
CONCLUSION:  Estriol is a safe and effective alternative for relieving climacteric symptoms in postmenopausal Japanese women.

Quantitatively, estriol is a very weak estrogen and preferentially binds ERß versus ERa (61–64). This is important since binding of each ER can result in opposite effects on transcription (65). Estriol has been accepted as the safest of the three estrogens in reviews dating from the 1970s to the 2000s (66–69). It has been used extensively in Europe and Asia for the treatment of menopausal symptoms (70–77) and, unlike 17ß-estradiol, causes minimal uterine endometrial proliferation (69, 70, 77–80). Further, treatment with estriol of 911 women with climacteric complaints in a five-year prospective study was not associated with endometrial or ovarian cancer (80).

The claim that the safety profile of bioidentical compounds is better than that of FDA-approved HT15 belies the complexities of the topic. Both CBHT and FDA-approved HT are available in various dosages, combinations, preparations, and routes of delivery that may have differing effects on risk to an individual patient.26

Copyright (c) 2013,14 Jeffrey Dach MD All Rights Reserved. This article may be reproduced on the internet without permission, provided there is a link to this page and proper credit is given.