The Mortality Toll of Estrogen Avoidance
by Jeffrey Dach MD

According to a Dr Philip Sarrel in a Yale study, 50,000 women died needlessly because of fear and avoidance of estrogen replacement after their hysterectomy.(3)  This Yale study made the headlines in Time Magazine and the LA Times declaring that 50,000 women’s lives could have been saved.(3,4)    Hysterectomy renders women estrogen deficient, which is a severe heath risk, leading to increased mortality.  Above Left Image Arlington Cemetary courtesy of wikimedia commons.

Watch this Video from Philip M. Sarrel, MD professor OB/Gyne Yale Medical School,  saying: “Estrogen therapy has been widely misunderstood, and may offer important benefits to women in their 50s who have had a hysterectomy.”

This information is not new. For many years now, many studies have shown reduced mortality as well as other health benefits of bioidentical hormones after hysterectomy.

Dr. Parker’s study followed 30,000 women for 24 years after their hysterectomy.  Half the patients had their ovaries removed and the other half had their ovaries preserved.  The group with their ovaries removed had a higher all cause mortality rate, and therefore Dr. Parker  recommended that women preserve the ovaries in the Pre-Menopausal age group.  Dr Parker also found that post-operative hormone replacement is very beneficial at reducing heart disease risk. (1) 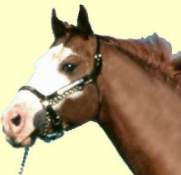 The Second Arm of the Women’s Health Initiative showed reduced mortality in the Estrogen users after hysterectomy.  The women were in the 50-59 year age group, and the form of estrogen used in the study was Premarin, derived from pregnant horse urine. The study showed an impressive 27% reduction in mortality with Estrogen use.   This is amazing !

Here is the quote from the 2011 JAMA publication of the Women’s Health Initiative (8):

Of course, women should avoid Progestins and other synthetic hormones such as medroxyprogesterone (MPA), known to be carcinogenic from the First Arm WHI data.   The use of natural bioidentical estrogen and progesterone in the proper balance is the preferred choice.  Bioidentical hormones are not chemically altered, having chemical structures identical to our own hormones, in ourselves.

Risks and Adverse Side Effects of Estrogen Excess-Estrogen Dominance

When used correctly, estrogen replacement is safe and beneficial.  However Estrogen Excess or Progesterone Deficiency can cause adverse effects, and represent a health risk.  This is called Estrogen Dominance which is to be avoided. This is the reason it is important to seek out a knowledgeable and experienced physician to prescribe and monitor your bioidentical hormone program.

Even though it has been known for decades that Estrogen Deficiency after hysterectomy is a health risk, and associated with increased mortality,  our misguided medical system has been denying estrogen replacement to thousands of women, causing needless suffering and increased mortality.  Over the past decade, we have quietly and diligently worked to counter this trend by prescribing Bioidentical Hormones to every woman who requests hormone replacement.  That has been our mission.

Objectives. We examined the effect of estrogen avoidance on mortality rates among hysterectomized women aged 50 to 59 years.
Methods. We derived a formula to relate the excess mortality among hysterectomized women aged 50 to 59 years assigned to placebo in the Women’s Health Initiative randomized controlled trial to the entire population of comparable women in the United States, incorporating the decline in estrogen use observed between 2002 and 2011.
Results. Over a 10-year span, starting in 2002, a minimum of 18 601 and as many as 91 610 postmenopausal women died prematurely because of the avoidance of estrogen therapy (ET).
Conclusions. ET in younger postmenopausal women is associated with a decisive reduction in all-cause mortality, but estrogen use in this population is low and continuing to fall. Our data indicate an associated annual mortality toll in the thousands of women aged 50 to 59 years. Informed discussion between these women and their health care providers about the effects of ET is a matter of considerable urgency. (Am J Public Health. Published online ahead of print July 18, 2013:)

Hormone-Replacement Therapy: Could Estrogen Have Saved 50,000 Lives?
By Alexandra Sifferlin July 20, 201316
Dr. Philip Sarrel, professor emeritus of obstetrics, gynecology and reproductive sciences at Yale University School of Medicine and lead author of the study, said in a video discussing the study that none of these women, who were aged 50 to 59 at the start of the study, lived to reach their 70s. Most died of heart disease, bolstering the connection that earlier studies had found between estrogen-only therapy and a lower risk of heart problems among women who had a hysterectomy.
Read more: http://healthland.time.com/2013/07/20/hormone-replacement-therapy-could-estrogen-have-saved-50000-lives/#ixzz2aoCh88Zm

Did Avoidance of Hormone Therapy Harm Certain Women?
For older women without a uterus, estrogen may save lives, researchers say
The use of hormone therapy — both estrogen-only and the combination of estrogen plus progestin — declined greatly after the U.S. Women’s Health Initiative Study found in 2002 that combination therapy had ill effects, including an increase in breast cancer, heart disease, stroke and blood clots. Prescriptions for both regimens plummeted even though the research didn’t apply to women without a uterus or to women on estrogen-only therapy, said Sarrel, who is a consultant for Noven Therapeutics, which makes an estrogen patch.

They found that use of estrogen-only therapy in U.S. women aged 50 to 59 declined nearly 79 percent between 2001 and 2011.
During that time, at least 18,000 excess deaths occurred because of estrogen avoidance and possibly more than 91,000, depending on the calculations used, Sarrel’s team said. For this reason, their best estimate — of about 50,000 deaths — may be conservative, said Sarrel.

The HRs for total mortality and the global index of chronic diseases differed by age as previously suggested.7

Bioidentical Hormones could have saved 50,000 Lives according to Dr. Philip Sarrel

Dr Cathleen Rivera followed 1,000 Pre-Menopausal women (under age 45) after hysterectomy, and found that removal of the ovaries resulted in a disturbing 84% increase in death from heart disease.  However, if these women were given estrogen replacement after ovarian removal, they were protected with a 35% decrease in mortality from heart disease. I thought this was rather impressive.

The 2nd arm of the Women’s Health Initiative also showed reduced mortality in the estrogen users (50-59 yrs) after hysterectomy.  They showed a 27% reduction in mortality with estrogen use.  So this supports the hypothesis that estrogen deficiency is associated with increased mortality and other health risks, while estrogen replacement for post-hysterectomy women is very beneficial.  Of course, women should avoid Progestins and other synthetic hormones such as medroxyprogesterone (MPA) which is known to be carcinogenic from the First Arm WHI data.   The use of natural, bioidentical estrogen and progesterone in the proper balance is the preferred choice.  Bioidentical hormones are not chemically altered, having chemical structures identical to our own hormones, naturally occurring in ourselves. 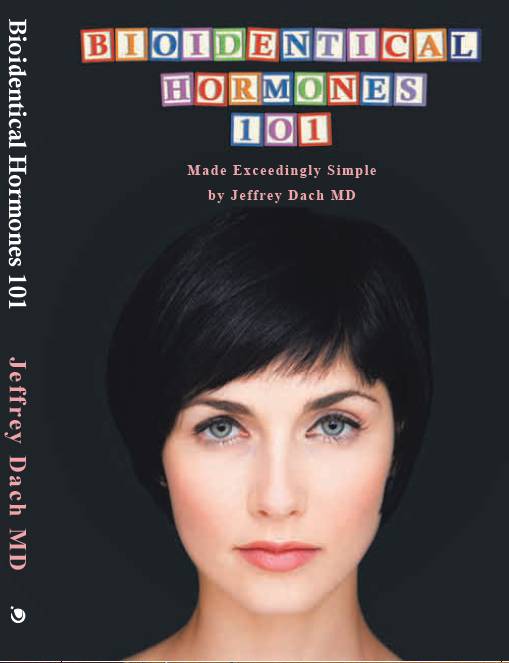