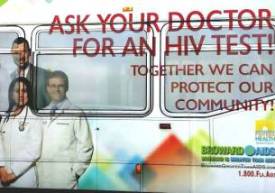 Don’t Ask Your Doctor for an HIV Test , Ask for a Glyphosate Test Instead.

While waiting for a red light to change, I noticed a Broward County Bus in the next lane sporting a large advertisement for HIV testing which says:”Ask Your Doctor For an HIV Test”   I thought to myself, as usual the county government got it wrong.  They are wasting money on the wrong thing.

Number one, AIDS is no longer a threat to the community.  Numbers of reported cases peaked in 1991 and have been decreasing ever since. (see chart below courtesy of the CDC and  avert.org) 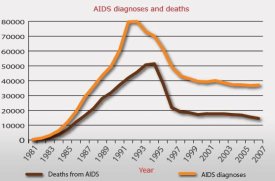 Number two, the HIV test has been criticized for unreliability and false positives.  False Positive means the test is positive for HIV, yet the patient is healthy and does not, in fact, have any disease).  Patricia Goodson from the Department of Health, Texas A&M University has raised such questions about HIV tests.(11)

Above chart :  AIDS cases in Canada peaked in 1992 and has been declining ever since to low levels. Courtesy of PHAC.

Number three: Another indication of problems with HIV testing is the court system has started to  overturn convictions and release prisoners originally convicted of HIV related crimes.   In addition, the military courts have overturned convictions for HIV related offenses. This has been happening more and more lately.

Number Four: An indicator that a medical test has problems is the number of lawsuits filed because of a false positive result.  There have been many HIV test related  law suits filed.  Here are a few in the local papers: 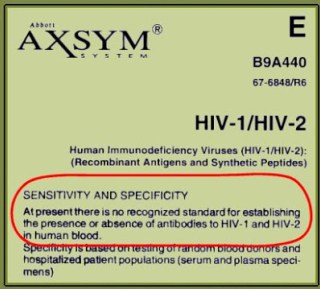 s Lawsuit: Lexington Man Discovers He Never Had The Virus 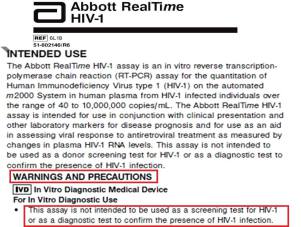 Number Five: The manufacturers of the HIV test kits have placed Disclaimers on the product label which state their test is not intended to diagnose HIV infection in the blood, and/or there are no recognized standards for detection of HIV antibodies…etc.

Left Image: typical disclaimer on HIV test label which says”this assay is not intended as a screening test for HIV or as a  diagnostic test to confirm the presence of HIV infection.”

Needless to say, having such disclaimers on the package insert does not inspire confidence in the testing service.

Ask for a Glyphosate Test Instead 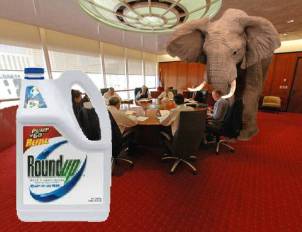 Glyphosate is Monsanto’s herbicide called Roundup which is being spraying in massive quantities on our food, causing contamination of the entire planet. Left Image: Glyphosate-Elephant in the Room.

The New Bus Ad – After a PhotoShop “correction” of the  HIV TEST bus ad we now have a better use of government money, “Ask Your Doctor for a Glyphosate Test”.  In my opinion, Glyphosate represents a greater threat to our community health than the imaginary HIV /AIDS epidemic which was predicted in 1990 and never actually materialized. 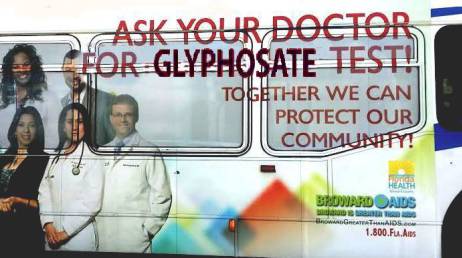 For example, here is a chart (below) showing increasing use of Glyphosate, Monsanto’s herbicide which has been linked to increasing incidence 22 diseases (see Genetically engineered crops Glyphosate Deterioration of Health_Nancy Swanson_2014.) 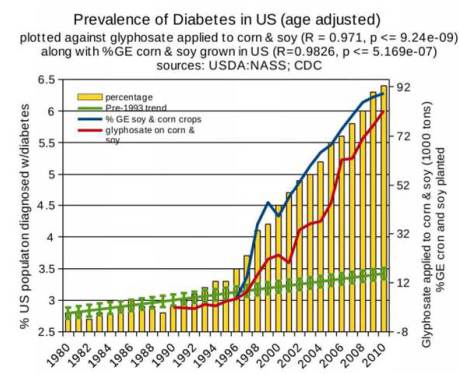 Glyphosate is in our environment and our food causing disease and toxicity n our population.  So instead of asking for an HIV test, ask your doctor for a Glyphosate test.  While you are at it, call your Congressman and ask for new legislation banning production and use of Glyphosate.

Berberine Antidote for a Modern Epidemic 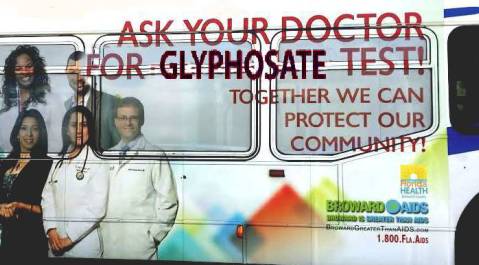