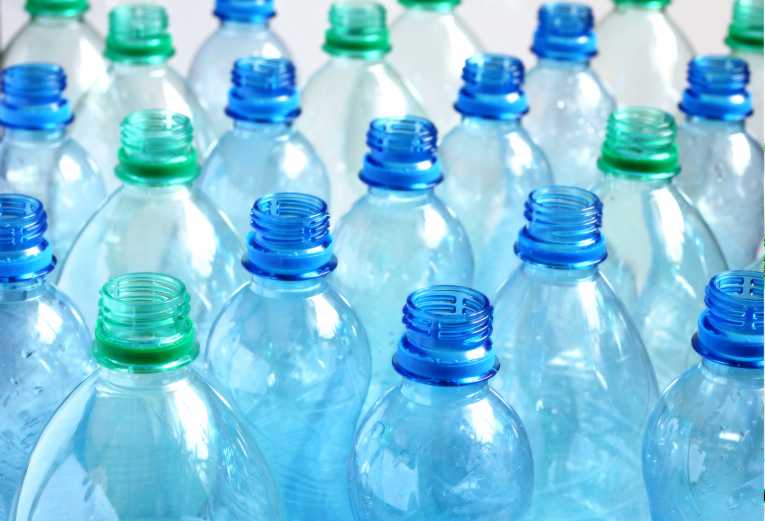 At the May 16 A4M Meeting in Orlando, Felice Gersh MD gave an excellent talk on PCOS, which I will attempt to summarize in this article.  Dr. Gersh in an integrative OB/Gyne in Irvine California.

Dr Gersh was very blunt about the cause of PCOS, linking neonatal exposure to the endocrine disruptor chemical BPA (Bisphenol-A) to the increasing epidemic of PCOS affecting 10-20% of the female population.(1-7)

Dr Gersh pointed out that in experimental animals, neonatal exposure to BPA (Bisphenol-A) results in a PCOS-like syndrome in
adulthood.  In addition, there is elevated BPA levels in PCOS patients.(6)  Genetic studies show polymorphism or genetic mutations in the Estrogen receptors.(4)

Bisphenol A is found in plastics and in the plastic lining of canned foods (see above image) and we are unfortunately exposed to huge quantities of it in our everyday life.

Early pioneers in the field who warned us about the effects of endocrine disrupting chemicals in the environment were Rachel Carson in her 1962 book, Silent Spring, and Theo Coburn in her book, Our Stolen Future: Threatening Our Fertility.

The fertility problems associated with polycystic ovary syndrome (PCOS) may be partly due to abnormal granulosa cell expression of estrogen receptors (ERs) in women with the condition, a study shows.

“The results of this study demonstrate that there are significant alterations in the expression of ER-alpha and ER-beta in PCOS that may be related to abnormal follicular development,” Magoffin et al conclude.

University Department of Obstetrics and Gynecology.
PATIENT(S): Women with (n = 138) or without (n = 290) PCOS.
INTERVENTION(S): Genotyping was performed by polymerase chain reaction-restriction fragment-length polymorphism analysis.
MAIN OUTCOME MEASURE(S): Genotype distribution and allele frequency of the +1730 G/A polymorphism in the ER-beta gene.
RESULT(S): There was a significant difference in the genotype distribution between the patients with PCOS and controls (non-GG rates were 22.1% for patients with PCOS and 36.6% for controls). There was also a significant difference in the G and A allele frequencies between these two groups (11.7% in patients vs. 19.1% in controls with A allele). But in patients with PCOS there were no significant differences in the serum levels of hormones, biochemical variables, or ovarian morphology between GG and non-GG genotypes.
CONCLUSION(S):

The ER-beta gene +1730 G/A polymorphism may be associated with pathophysiologic aberrancies involved in PCOS.

Elevated Levels of BPA in PCOS

Bisphenol A (BPA) is a widespread industrial compound used in the synthesis of polycarbonate plastics. In experimental animals, neonatal exposure to BPA results in a polycystic ovary-like syndrome (PCOS) in adulthood. A bidirectional interaction between androgens and BPA levels has been disclosed.
OBJECTIVE:

To determine BPA levels in PCOS women as well as the association between BPA and hormonal/metabolic parameters compared to a control group.
DESIGN, SETTING, AND PARTICIPANTS:

Higher BPA levels in PCOS women compared to controls and a statistically significant positive association between androgens and BPA point to a potential role of this endocrine disruptor in PCOS pathophysiology.

Polycystic ovary syndrome (PCOS) is a common endocrine
disorder characterized by anovulation, elevated levels of
androgen, hirsutism, and insulin resistance.64,65 Folliculogenesis is arrested at the antral stage of development, and it is the accumulation of these follicles that gives the ovary its
characteristic morphology of a necklace-like pattern of fol
follicles in the periphery. Because estrogen has been shown to be
essential for folliculogenesis beyond the antral stage, it is
perhaps not surprising that ERβ mRNA and protein are
reduced in granulosa cells and theca cells from PCOS patients. 11,66

We hypothesized that changes in the ratio of ERβ
το ERα may result in abnormal follicular development. Similarly,
in a rodent model of PCOS, levels of ERβ protein were
decreased in the granulosa layers of cystic follicles.67 Idiopathic
ovulatory dysfunction has been found to be associated
with a G/A (1730) polymorphism in ERβ.2. Given that ovulatory
dysfunction is a key feature of PCOS, one group investigated
a cohort of PCOS patients to determine if there was an
association with this polymorphism.68 They reported significant
differences in the genotype distribution and allelic
frequencies between controls and PCOS patients that supported  a correlation with the G/A polymorphism.68 To date,
the underlying mechanism has not been established.

BPA in every day products courtesy of Milwaukee Sentinel