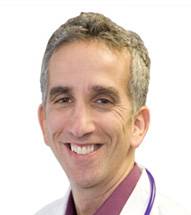 According to Dr David Brownstein, “Iodine deficiency is occurring at epidemic rates.  The U.S. Government’s statistics from NHANES show that almost 60% of pregnancy-aged women are suffering from inadequate iodine intake.   Iodine deficiency should be considered a national emergency….. Over the last 40 years, Iodine deficiency has been exacerbated due to our increasing exposure to bromine, chloride, and fluorine that competitively inhibit and compete with iodine in the body.  We are suffering with the consequences of iodine deficiency  including autoimmune thyroid disorders.”

Watch this  one hour talk on  Iodine for Thyroid and Health. A Holistic Approach.  May 2011 American Nutrition Association. David Brownstein MD

David Brownstein, M.D. is a Board-Certified family physician and is one of the United States foremost practitioners of holistic medicine. David Brownstein, M.D. graduated with distinction from the University of Michigan, Ann Arbor with a B.S. in Psychology in 1985 and later received his Medical Degree from Wayne State University School of Medicine, Detroit in 1989. Currently, Dr. Brownstein is the Medical Director of the Centre for Holistic Medicine in West Bloomfield, Michigan where he is a Family Physician who utilises the best of Conventional and Alternative Therapies.  He is a member of the American Academy of Family Physicians and the American College for the Advancement in Medicine, and he has lectured internationally about his success using natural therapies.

Iodine: The Most Misunderstood Nutrient Presented by David Brownstein MD

Iodine and Hashimotos Thyroiditis Part One

Buy the Book on Iodine by Dr David Brownstein:

Iodine and Why You Need it:

it is unbelievable to me that, in 2013, we are still suffering from an epidemic of iodine deficiency.

This blog post was prompted by the latest statistics on the iodine status of women of pregnancy age released by the U.S. National Health and Nutrition Examination Survey 2007-2010.(1)   Studying iodine levels in women of pregnancy age is very important because a pregnant woman needs to have adequate amounts of iodine in order for the fetus to develop normally.  It has been known for well over 100 years that children born to iodine deficient mothers can suffer irreversible neurologic problems including cretinism.  Furthermore, insufficient maternal iodine during pregnancy can result in a permanently lowered IQ as well as thyroid problems.

The recent NHANES study reported that the majority—56%–of women of childbearing age were deficient in iodine.  Furthermore, 37% of the young women studied were moderately deficient and 15% were severely deficient.  These numbers were slightly worse than the NHANES data from 1970.  Folks, these numbers are scary.

For nearly 100 years, it has been known that insufficient iodine levels can lead to lowered IQ levels in children.  Australian researchers studied whether children born to mothers with mild iodine deficiency during pregnancy have poorer educational outcomes in elementary school as compared to peers whose mothers did not have mild gestational iodine deficiency.  All of the children grew up in an “iodine-replete environment”—that means they had access to iodized salt and other dietary sources of iodine which are thought to maintain iodine sufficiency.  The children were followed for nine years where they were assessed with standardized tests.

The researchers found that nine years later, as compared to children of mothers who did not have mild iodine deficiency in pregnancy, mildly iodine-deficient pregnant women’s children experienced significant reductions in spelling, grammar and English literacy.  The authors summarized their findings by stating, “This study provides preliminary evidence that even mild iodine deficiency during pregnancy can have long-term adverse impacts on fetal neurocognition that are not ameliorated by iodine sufficiency during childhood.” (J. Clin. Endcrin. and Metab.  May, 2013. 98(5):1954-62)

Comment:  Folks, this is another in a long list of studies which show that maternal iodine deficiency adversely affects their IQ of children.  Iodine is a crucial substance needed for normal neurological and brain development of the fetus.  Inadequate iodine intake of the mother can have long-term ramifications, as shown in this study.

This is an important study.  It reiterates what I have been writing about—iodine deficiency is a present-day problem.  At my office, we have now tested over 6,000 patients for their iodine levels.  I can assure you that iodine deficiency is occurring at epidemic rates—over 96% of our patients have tested low in iodine.  Most have tested for severely low iodine levels.   Those are my statistics.  The U.S. Government’s statistics from NHANES show that almost 60% of pregnancy-aged women are suffering from inadequate iodine intake. (1)  Iodine deficiency should be considered a national emergency.

We are suffering from an epidemic of childhood neurological disorders such as ADHD and autism. (2)  I have no doubt that iodine deficiency is a part of these problems.  Other researchers have correlated low iodine levels with a concomitant rise in autism and ADHD in EVERY Western country in which it was studied. (3)   Although the research in autism and ADHD is not totally clear, I feel iodine deficiency, as an underlying cause, should be more closely examined.

Over the last 40 years, Iodine deficiency has been exacerbated due to our increasing exposure to toxic halides such as bromine, chloride, and fluorine that competitively inhibit and compete with iodine for absorption and receptor binding in the body.  As our exposure to these toxic halides has increased, it is no wonder that we are suffering with the consequences of iodine deficiency.  These consequences include more than just neurological problems—they include cancer of the breast, thyroid, ovaries, uterus, and prostate.  Also, this list includes other thyroid problems such as hypothyroidism and autoimmune thyroid disorders.

Average iodine doses vary between 6-50mg/day for most patients.

According to data from the National Health and Nutrition
Examination Survey (NHANES), the median urinary iodine
concentration in U.S. adults decreased by over 50% from the
early 1970s to the late 1990s (10). Of particular concern in the
NHANES data is that the prevalence of urinary iodine
values < 50 lg/L among women of childbearing age increased
by almost fourfold, from 4% to 15%, during this period.
The most recent NHANES survey (2005–2008)
demonstrated that 35.3% of pregnant women had urinary
iodine levels below 100 lg/L (11), which suggests mild iodine
deficiency (12). Reductions in U.S. dietary iodine have been
variously ascribed to a possible reduction in the iodine
content of dairy products, the removal of iodate dough conditioners
in commercially produced bread, new recommendations
for reduced salt intake for blood pressure control, the
recent increased use of Kosher and sea salts (which contain no
iodine), and the increasing use of noniodized salt in manufactured
or ‘‘pre-made’’ convenience foods (13).

This report presents urinary iodine (UI) concentrations for the general U.S. population during 2005-2006 and 2007-2008. These findings are the fourth and fifth assessments of the population since National Health and Nutrition Examination Survey (NHANES) III (1988-1994), when the median UI concentration for the population decreased from NHANES I (1971-1974).
METHODS:

During 2005-2006 and 2007-2008, ~ 5000 participants per year were selected to participate in NHANES. The participants were interviewed and examined. UI concentration was measured on a random one third subsample of 2649 participants, aged 6 years and older in 2005-2006, and in all participants in 2007-2008. These urine iodine concentrations are representative of the general U.S. population by age, sex, and race/ethnicity.
RESULTS:

These findings affirm the stabilization of UI concentration and adequate iodine nutrition in the general U.S. population since 2000. However, certain groups likely do not achieve a sufficient dietary iodine intake according to the World Health Organization. The needs of these vulnerable groups and the inadequacy of their dietary iodine intake should be addressed in future efforts.

Sherry Tenpenny MD on Iodine deficiency at the IOMT Meeting

Dr. Sherry Tenpenny outlines the many disorders that come about because of iodine deficiency IAOMT 2007 L.V. This is a must see, especially for women that have problems with their thyroid or their breasts

Jorge Flechas, MD, MPH, is a researcher, physician and nationally known speaker who specializes in Iodine Therapy for hypothyroidism and fibrocystic breast disease. Dr. Jorge Flechas is the Medical Director of Flechas Family Practice in Hendersonville, NC, specializing in hormonal therapy for treatment of Fibromyalgia, Chronic Fatigue and Immune Dysfunction Syndrome (CFIDS) since the late 1980s.