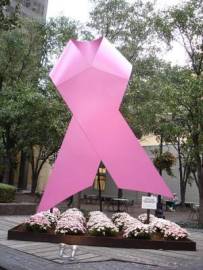 The latest is the July 2011 study by Autier published in the British Medical Journal showing that screening mammography had no impact on mortality from breast cancer in screened populations. (1)  The authors found that breast cancer mortality was “comparable” in three pairs of similar European countries despite a 10-15 year difference in implementing screening mammography.

“Countries of each pair had similar healthcare services and prevalence of risk factors for breast cancer mortality but differing implementation of mammography screening, with a gap of about 10- 15 years. ” (1)

“Breast cancer mortality in paired European countries with similar socioeconomic status and access to treatment were comparable after 1989, despite a 10-15 year difference in implementation of mammography screening”  (1)

These conclusions had already been found in previous studies (5-8) A Radiologist Speaks Out- Overdiagnosis and Overtreatment with Little Mortality Benefit

“The problem here is that screening has not decreased the incidence of advanced cancer. Screening inherently misses the fast growing and catches the slow growing; hence, screening causes overdiagnosis with little mortality benefit,” (11-12)

“Overdiagnosis of small screen-detected tumors that would never become clinically evident results in overtreatment with drugs and needless radiation, which can cause heart disease and increase future deaths,”

“The trials have not shown any overall mortality benefit, nor is there any trial evidence to justify aggressive annual screening.  Screening also increases overall mastectomies and lumpectomies because of over diagnosis. ” (11-12)

Rather than rely on screening mammography which cannot prevent or reduce mortality from breast cancer, the real preventive program includes Iodine supplementation and the following:

3) Avoiding Xeno-Estrogens and carcinogenic chemicals in the environment is preventive.

Swiss Medical Board Screening Mammography Report advises against introducing any new screening programs, and a time limit on existing programs which will then be fazed out.

The Swiss Medical Board’s report was made public on February 2, 2014 . It acknowledged that systematic mammography screening might prevent about one death attributed to breast cancer for every 1000 women screened, even though there was no evidence to suggest that overall mortality was affected.

It is easy to promote mammography screening if the majority of women believe that it prevents or reduces the risk of getting breast cancer and saves many lives through early detection of aggressive tumors.4  We would be in favor of mammography screening if these beliefs were valid. Unfortunately, they are not, and we believe that women need to be told so. From an ethical perspective, a public health program that does not clearly produce more benefits than harms is hard to justify.

Recommendations of the Swiss Medical Board:

Breast cancer mortality in neighbouring European countries with different levels of screening but similar access to treatment: trend analysis of WHO mortality database

To compare trends in breast cancer mortality within three pairs of neighbouring European countries in relation to implementation of screening.Design Retrospective trend analysis.

Results From 1989 to 2006, deaths from breast cancer decreased by 29% in Northern Ireland and by 26% in the Republic of Ireland; by 25% in the Netherlands and by 20% in Belgium and 25% in Flanders; and by 16% in Sweden and by 24% in Norway. The time trend and year of downward inflexion were similar between Northern Ireland and the Republic of Ireland and between the Netherlands and Flanders. In Sweden, mortality rates have steadily decreased since 1972, with no downward inflexion until 2006. Countries of each pair had similar healthcare services and prevalence of risk factors for breast cancer mortality but differing implementation of mammography screening, with a gap of about 10- 15 years.

The contrast between the timing of breast cancer screening being implemented and the similarity in mortality reduction between the country pairs do not suggest that a large proportion of the mortality reduction after 1990 can be attributed to mammography screening. Improvements in treatment and in the efficiency of healthcare systems may be more plausible explanations.

Our study adds further population data to the evidence of studies that have used various designs and found that mammography screening by itself has little detectable impact on mortality due to breast cancer.14 44 51 52

What this study adds

Breast cancer mortality in paired European countries with similar socioeconomic status and access to treatment were comparable after 1989, despite a 10-15 year difference in implementation of mammography screening

Are screening mammograms effective in reducing deaths from breast cancer?
The mainstream media and the medical-industrial complex would have you believe that mammograms are the best thing you can do to diagnose breast cancer at an early stage. The theory is that an early diagnosis leads to a better treatment outcome. In order to answer the above question, researchers compared the trends in breast cancer mortality within three pairs of neighboring European countries in relation to mammogram screening. The participants were grouped into three pairs; Northern Ireland (U.K.) v. Republic of Ireland, the Netherlands v. Belgium and Flanders, and Sweden v. Norway. Each paired group had one country that was using mammography screening since 1990 while the other country did not adopt screening recommendations until years later. The World Health Organization mortality database along with data sources on mammography screening and cancer treatment were used for analysis.

It is the expected norm within the medical community that women — especially those over 40 or with a family history of breast cancer — should get their annual mammography without fail. But how effective of a tool is it in actually saving lives? According to a recent study by an international team of researchers at various European institutions, the answer is that it’s not especially effective.

Breast cancer screening was not shown to have a major impact on the reduction of breast cancer mortality in the recent past.1

While the mortality rates from breast cancer have certainly gone down in most developed countries in the last two decades, it would seem that the lower numbers might not be attributable to mammography.

Benefit is Controversial Dr. John Keen Weighing in with his opinion, John Keen, MD, attending radiologist at Cook County John H. Stroger Hospital in Chicago, Illinois, supported Dr. Autier’s assertion that the benefit of mammography is controversial. “As usual, Dr. Lee won’t accept the evidence and remains the key mammography marketer for the ACR,” he told Medscape Medical News. “I noticed her new line of reasoning — that ‘therapy cannot cure advanced cancers.’ The problem here is that screening has not decreased the incidence of advanced cancer. Screening inherently misses the fast growing and catches the slow growing; hence, screening causes overdiagnosis with little mortality benefit,” he explained.

“Overdiagnosis of small screen-detected tumors that would never become clinically evident results in overtreatment with drugs and needless radiation, which can cause heart disease and increase future deaths,” Dr. Keen added. “The trials have not shown any overall mortality benefit, nor is there any trial evidence to justify aggressive annual screening. Screening also increases overall mastectomies and lumpectomies because of overdiagnosis. The greatest benefit-to-harm ratio occurs for women in their 60s, which is what radiologists should be telling women.”

Dr. Autier, Dr. Destounis, and Dr. Keen have disclosed no relevant financial relationships. Dr. Lee is a spokesperson for the American College of Radiology.

Copyright (c) 2011-2013 Jeffrey Dach MD All Rights Reserved. This article may be reproduced on the internet without permission, provided there is a link to this page and proper credit is given.