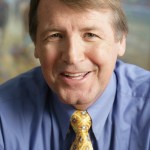 When a choirboy turns disbeliever, it makes you take notice. Such was the case with Dr. Stephen Sinatra MD explained in his newsletters.  Dr Sinatra worked many years in a Connecticut hospital as a board certified cardiologist, and once believed statin drugs for reducing cholesterol was beneficial, and even gave lectures supported by Merck and Pfizer.  However, after many years of clinical experience, Dr. Sinatra made  the following observations which changed his opinion and transformed him into a “disbeliever” : 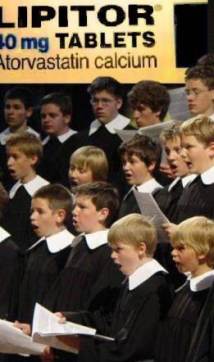 1) many patients with low cholesterol will go on to develop heart disease.

2) In many patients with cholesterol above 280, angiograms show normal coronary arteries.  They don’t have heart disease.

3) Population studies discredit cholesterol.  For example, the French have the highest cholesterol levels in Europe of 250, and they also have lowest incidence of heart disease.   On the Greek Island of Crete, average cholesterol is well over 200, yet there was not a single heart attack there in ten years.

4) Half of all heart attacks occur in people with normal total cholesterol. 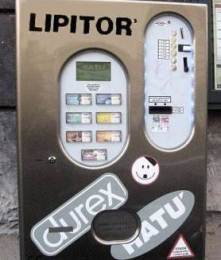 A Vending Machine for Statin Drugs?

I refer you to Dr. Stephen Sinatra’s excellent article in the Townsend Letter in which he remarks that drug companies Merck and Pfizer have transformed the medical profession into one big vending machine for statin drugs.(1)(2)(3)(4)

The Old Lipid Panel is Obsolete

Dr. Stephen Sinatra also tells us that the Cholesterol blood test your doctor orders for you is now obsolete, and has been replaced by the VAP, a more sophisticated lipoprotein panel which provides a wealth of useful information absent from the old cholesterol panel your doctor orders.  What is this added information?

LDL Particles – Not All Sizes are Equal

Secondly the VAP includes Lipoprotein (a), a marker of high risk for heart disease risk. Left Above  Image: LDL particle with cholesterol ester in the center surrounded by phospholipid outer coating.

Dr. Sinatra says total cholesterol doesn’t mean much unless you have a level over 320 which increases risk of stroke.  Reducing cholesterol can be accomplished with weight reduction and increasing dietary fiber. He would not give a statin drug for this unless you are a male with documented heart disease.

Dr. Sinatra says that low LDL below 80 is associated with adverse side adverse side effects of cancer, aggression, cerebral bleeding, amnesia, and immune dysfunction.

Just Don’t Do It

Here is Dr Steven Sinatra’s advice from his newsletter if your doctor tells you to take statin based on the standard cholesterol panel:

1) Don’t do it. Ask for a Lipo-protein Subfraction Test such as the VAP test.

2) If you are a 50-75 year old male with small dense LDL on a VAP test, then go for the statin drug. It’s a good idea. If you are over 75, don’t take a statin drug as the drugs cause increased mortality in the elderly.

3) If you are a woman, avoid statins, as no statin drug study has ever shown a benefit in all-cause mortality for women by lowering cholesterol, and adverse effects of the drugs are horrendous.

See my article on this topic: Cholesterol Lowering Statin Drugs for Women, Just Say No by Jeffrey Dach MD

The Greatest Scam Ever

I Stopped My Statin Drug – Now What ?

Once patients get off statin drugs, the next question is what replaces the statin drug?  What lifestyle modifications and nutritional supplements are used to prevent or reverse heart disease?  There is an entire program devoted to this.  It is called is the Track Your Plaque Program devised by William Davis MD, a Wisconsin cardiologist described in this article: CAT Coronary Calcium Scoring, Reversing Heart Disease by Jeffrey Dach MD 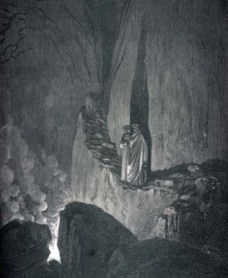 Here is the evil trio:

If you have the evil trio, rather than robotically prescribe a statin drug, Davis recommends lifestyle modification and dietary supplements.  Davis remarks that some of his greatest heart disease reversals have been in patient with this evil trio, which responds well to the regimen listed below.  Reversal of Heart disease is determined by reduction in coronary calcium score (or less of an increase). 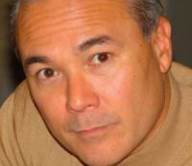 Here are a cases from the office of people on statins that I see very day. Statin Case Reports From the Office:

Dan is about 65 with no history of heart disease and has been on a statin drug for a cholesterol of 220 about two years.  His major problem is a red raised rash on his forearms, and hands and forehead which looks a lot like psoriasis, present for about 2 years.  Dermatologists have been stumped and of no help.

I told Dan that the rash was most likely a reaction to the statin anti-cholesterol drug, and advised a two week trial off the drug to see if the rash resolves.  Three weeks later Dan returns to the office, and reports the skin rash is gone.

Sarah is an 82 year old with no history of heart disease and on a statin drug for a cholesterol of 235.  She had been to the dermatologist because of skin lesions on her face near the temple areas which were biopsied and reported by the pathologist as inflammation in the skin suggestive of lupus erythematosis.  Sarah is concerned she has Lupus and cam to see me for a second opinion.  I told Sarah she did not have Lupus and advised her that the skin eruptions were a reaction to the statin drug.  Sarah stopped the statin drug and three weeks later reported the skin had returned to normal.

Lori is a 52 year old post menopausal with chief complaint of memory loss, cognitive dysfunction and severe fatigue.  She had no history of heart disease and been on a statin drug for many years for a cholesterol of 230.   I advised her to stop the statin drug.  However, her cognitive dysfunction and memory loss continued unchanged.  She was unable to find the office for a follow up visit, gave up and drove home.

A study by Muldoon showed virtual 100% of patients on statin drugs have some element of cognitive impairment, ranging from mild to severe symptoms of amnesia and cognitive dysfunction. (5)  I have found this to be the case in actual clinical practice.

Jim is a war veteran and was paralyzed from a roadside bomb many years ago, and has since been wheelchair bound. Although there is no history of heart disease, his doctor placed him on a statin drug for a cholesterol of 245 about two years ago.  Shortly thereafter, Jim developed non-healing chronic decubitus infections at the ischial tuberosities at the site of pressure sitting in the wheelchair.  Jim has had numerous surgical procedure and drainages, debridements, and multiple courses of antibiotics for these chronic infections which refuse to heal.  In this case, the statin drug prevents healing of chronic infection.  Jim stopped the statin drug, began an intensive nutritional  program to boost immunity and healing ability and reported improvement after 6 weeks.

Credit and Thanks to Stephen Sinatra MD and William Davis MD for most of the information in this article.

(2) http://www.spacedoc.net/stephen_sinatra_2
Dr. Stephen Sinatra – How to Determine if You Really Need a Statin

If we have to prescribe a statin we always make sure the patient takes an ample amount of supplemental CoQ10 – at least 100 mg daily and taken with a meal.

(4) http://www.townsendletter.com/June2009/June2009.htm
Clearing Up the Cholesterol Confusion by Steven Sinatra, MD, FACC, FACN
A well-known cardiologist explains why he doesn’t think lowering cholesterol is the answer for preventing heart disease, and debunks the routine prescription of statins for all but specific cases.

Effects of lovastatin on cognitive function and psychological well-being.

CONCLUSION: Treatment of hypercholesterolemia with lovastatin did result in small performance decrements on neuropsychological tests of attention and psychomotor speed.

There’s a specific combination of lipids/lipoproteins that confers especially high risk for heart disease. That combination is:
Low HDL–generally less than 50 mg/dl
Small LDL–especially if 50% or more of total LDL
Lipoprotein(a)–an aggressive risk factor by itself

Dr Malcolm Kendrick (MbChB MRCGP) MD qualified in Aberdeen Scotland. He has worked in family practice for almost twenty years, and learned that treating patients is not like treating textbooks. He has specialized in heart disease and set up the on-line educational website for the European Society of Cardiology.

(11) http://jeffreydach.com/2007/05/14/lipitor-and-the-dracula-of-modern-technology-by-jeffrey-dach-md.aspx
Lipitor and The Dracula of Modern Technology by Jeffrey Dach MD

Disclaimer click here: www.drdach.com/wst_page20.html
The reader is advised to discuss the comments on these pages with
his/her personal physicians and to only act upon the advice of his/her personal physician. Also note that concerning an answer which appears as an electronically posted question, I am NOT creating a physician — patient relationship. Although identities will remain confidential as much as possible, as I can not control the media, I can not take responsibility for any breaches of confidentiality that may occur.