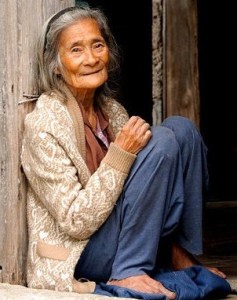 A Flawed and Corrupted Study

A 2008 publication by Jonathon Afilalo in the Journal of the American College of Cardiology concludes that,” Statins reduce all-cause mortality in elderly patients and the magnitude of this effect is substantially larger than had been previously estimated. “

This 2008 metanalysis by Afilalo is a statistical sleight of hand that gives the results opposite to reality.  Their conclusion is directly opposite to multiple previous studies.  Also, this published study had no Disclosure Statement, another warning sign of bias from authors receiving compensation from drug companies.

Lowering Cholesterol in the Elderly is a BAD IDEA

Contrary to the above flawed 2008 metanalysis, it is a very bad idea to lower the cholesterol levels in the elderly with statin drugs. An excellent article on the topic appeared on the Junk Food Science Blog.

1) The Honolulu Heart Study published in Lancet 2001, showed that patients with the lowest cholesterol had the highest mortality.  The authors concluded,”These data cast doubt on the scientific justification for lowering cholesterol to very low concentrations  in elderly people.”

2) Krumholz from Yale published his study in JAMA 1994 looking at elevated cholesterol to see if it was associated with increased all-cause mortality or heart disease.  He reported that elevated cholesterol was NOT a risk factor for mortality or heart disease.  He said,”our findings do not support the hypothesis that hypercholesterolemia or low HDL-C are important risk factors for all-cause mortality, coronary heart disease mortality, or hospitalization for myocardial infarction or unstable angina in this cohort of persons older than 70 years.”

3) Beatrice Golomb MD in Geriatric Times 2004, reports that in the elderly, higher cholesterol is linked with improved survival.

“While patients at high risk for cardiovascular disease receive mortality benefit from statins in studies predominating in middle-aged men (Scandinavian Simvastatin Survival Study Group, 1994), no trend toward survival benefit is seen in elderly patients at high risk for cardiovascular disease (Shepherd et al., 2002).   A less favorable risk-benefit profile may particularly hold for patients older than 85, in whom benefits may be more attenuated and risks more amplified (Weverling-Rijnsburger et al., 1997). In fact, in this older group, higher cholesterol has been linked observationally to improved survival.”

Update April 2014:  Yet another study shows that low cholesterol is a predictor of increased mortality in the elderly:

“Our results indicate an association between lower serum TC concentrations and increased all-cause mortality in a community-dwelling, very elderly population. Mortality decreased with the increases in both TC and LDL-C concentrations, after adjustment for various confounding factors. These findings suggest that low TC and low LDL-C may be independent predictors of high mortality in the very elderly”

Adverse Side Effects of Statin Drugs

Adverse side effects from statin drugs are devastating with cognitive impairment, dementia, neuropathy, and muscle damage.

In September 2004 numerous prestigious doctors petitioned the FDA with a letter asking that the cholesterol guidelines be re-evaluated.  They had been set lower by a corrupt committee of doctors receiving money from the drug companies.

To read more about cholesterol and the elderly, Drugs That Don’t Work and Natural Therapies That Do!, a book by DavidBrownstein MD. Chapter 2 covers Cholesterol Lowering Drugs.For more information see my previous articles:

Lipitor and The Dracula of Modern Technology by Jeffrey Dach MD

For information on a REAL program to prevent heart disease:

Here are additional studies and references why lowering the cholesterol in the elderly leads to increased mortality:

2a) Weverling, Lancet 1997 , In people older than 85 years, high total cholesterol concentrations are associated with longevity owing to lower mortality from cancer and infection.

3a) Kelleher J Womens Health 2004,  Low cholesterol was significantly associated with all-cause mortality, showing significant associations with death through cancer, liver diseases, and mental diseases.  This applied to men, across the entire age range, and in women from the age of 50 onward only.

Cholesterol as risk factor for mortality in elderly women.

92 women aged 60 years and over (mean 82.2, SD 8.6) living in a nursing home and free from overt cancer were followed-up for 5 years. 53 died during this period; necropsy revealed cancer in only 1 patient. Serum total cholesterol at entry ranged from 4.0 to 8.8 mmol/l (mean 6.3, SD 1.1). Cox’s proportional hazards analysis showed a J-shaped relation between serum cholesterol and mortality.

Mortality was lowest at serum cholesterol 7.0 mmol/l (271), 5.2 times higher than the minimum at serum cholesterol 4.0 mmol/l (155), and only 1.8 times higher when cholesterol concentration was 8.8 mmol/l (340). This relation held true irrespective of age, even when blood pressure, body weight, history of myocardial infarction, creatinine clearance, and plasma proteins were taken into account. The relation between low cholesterol values and increased mortality was independent of the incidence of cancer. conversion factor (multiply by 38.67)

BACKGROUND: The impact of total serum cholesterol as a risk factor for cardiovascular disease decreases with age, which casts doubt on the necessity for cholesterol-lowering therapy in the elderly. We assessed the influence of total cholesterol concentrations on specific and all-cause mortality in people aged 85 years and over.

Why Eve is not Adam: prospective follow-up in 149,650 women and men of cholesterol and other risk factors related to cardiovascular and all-cause mortality. by Ulmer H, Kelleher C, Diem G, Concin H. Institute of Biostatistics and Documentation, Leopold Franzens University of Innsbruck, Innsbruck, Austria.

PURPOSE: To assess the impact of sex-specific patterns in cholesterol levels on all-cause and cardiovascular mortality in the Vorarlberg Health Monitoring and Promotion Programme (VHM&PP).

RESULTS: Patterns of cholesterol levels showed marked differences between men and women in relation to age and cause of death. The role of high cholesterol in predicting death from coronary heart disease could be confirmed in men of all ages and in women under the age of 50.

In men, across the entire age range, although of borderline significance under the age of 50, and in women from the age of 50 onward only, low cholesterol was significantly associated with all-cause mortality, showing significant associations with death through cancer, liver diseases, and mental diseases. Triglycerides > 200 mg/dl had an effect in women 65 years and older but not in men.

CONCLUSIONS: This large-scale population-based study clearly demonstrates the contrasting patterns of cholesterol level in relation to risk, particularly among those less well studied previously, that is, women of all ages and younger people of both sexes. For the first time, we demonstrate that the low cholesterol effect occurs even among younger respondents, contradicting the previous assessments among cohorts of older people that this is a proxy or marker for frailty occurring with age.

Discussion  Observational studies show that as age increases within the elderly age range, high cholesterol flattens then reverses as a risk factor for mortality (Weverling-Rijnsburger et al., 1997). Although it remains to be fully clarified whether these findings have relevance to cholesterol-lowering treatment, the exclusive major randomized trial of statins conducted in the elderly does nothing to dispel a possible causal association, as it did not show benefit of statins to survival. The impact was completely neutral on mortality despite selecting for an elderly population at only moderately older age and selecting for particularly high risk of heart disease–the elderly group in whom greater benefits and lower risks would be expected (Shepherd et al., 2002). There are reasons for concern that still older people–those elderly not selecting for high cardiac risk and those who are frailer than clinical trials generally select–might fare less well. Caution should be exercised in provision of statins as with all treatments in elderly patients. Any time a patient develops a new problem or worsening of an existing problem, the medication list should be reviewed and a possible contribution by medications should be considered. This principle is by no means confined to statins. It is particularly true in elderly patients who may be on many medications with interacting effects, and in whom ability to withstand adverse drug reactions may be attenuated.

Objectives: This study was designed to determine whether statins reduce all-cause mortality in elderly patients with coronary heart disease.

Background: Statins continue to be underutilized in elderly patients because evidence has not consistently shown that they reduce mortality.

Methods: We searched 5 electronic databases, the Internet, and conference proceedings to identify relevant trials. In addition, we obtained unpublished data for the elderly patient subgroups from 4 trials and for the secondary prevention subgroup from the PROSPER (PROspective Study of Pravastatin in the Elderly at Risk) trial. Inclusion criteria were randomized allocation to statin or placebo, documented coronary heart disease, 50 elderly patients (defined as age 65 years), and 6 months of follow-up. Data were analyzed with hierarchical Bayesian modeling.

Conclusions: Statins reduce all-cause mortality in elderly patients and the magnitude of this effect is substantially larger than had been previously estimated.