Jim takes Naproxen, an NSAID pain pill, on a regular basis for relief of arthritis pain.  In addition, Jim’s Calcium Score is very high, and in fact, Jim had a coronary stent placed about 5 years ago during cardiac catheterization for chest pain. Jim wants to know why he should stop the NSAID arthritis drugs, and switch to a safer and more effective botanical alternative such as Zyflamend by New Chapter.

NSAID drugs have been associated with increased heart attacks for many years now.(1-9)

The 2000 Vioxx Scandal  was due to increased heart attack rate discovered years later after a introduction of a new NSAID drug called Vioxxx (Rofecoxib).  In November 2007, Merck announced a $4.85 billion settlement with 47,000 plaintiffs claiming Vioxx caused their heart attack, the largest drug settlement in drug history.(10)

All NSAIDS Cause Heart Attacks

However, this problem is not restricted to Vioxx.  In fact, all NSAID drugs  are associated with increased heart attack risk according to a recent publication in the British Medical Journal.(2)

My previous article on NSAIDS and Leaky Gut discusses the overwhelming evidence that NSAIDS cause leaky gut. (1) 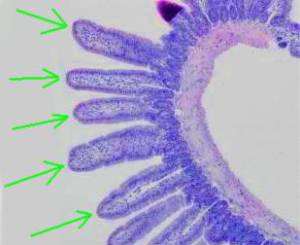 My previous article on the Low Level Endotoxemia – LPS theory of heart disease explains the mechanism by which  Leaky Gut causes low level endotoxemia, a known risk factor for coronary artery disease and increased risk for heart attacks.  Low level endotoxemia is the fancy medical name for leakage of gut bacteria into the blood stream.  This has been directly linked to causing atherosclerotic plaque, a form of infected biofilm as discussed in my previous article on this topic.

Another adverse effect of NSAIDS is they are mitochondrial toxins which target sensitive myocardial muscle cells, causing 20% of hospital admissions for congestive heart failure. (15-16)  NSAIDS have been shown to uncouple oxidative phosphorylation in mitochondria.  Thus, small bowel damage by NSAID drugs is explained as a “topical effect” of the drug producing mitochodrial damage in cells which line the gut, the enterocytes.(17-19)

Conclusion: The obvious mechanism by which NSAID drugs cause coronary artery disease and increased heart attack risk is “Leaky Gut”.  This allows leakage of LPS and gram negative bacteria into the blood stream, a form of “low level endotoxemia”, directly linked to atherosclerotic disease.   Avoiding NSAID drugs is essential for healing the gut and preventing coronary artery disease.

Results A cohort of 446 763 individuals including 61 460 with acute myocardial infarction was acquired. Taking any dose of NSAIDs for one week, one month, or more than a month was associated with an increased risk of myocardial infarction. With use for one to seven days the probability of increased myocardial infarction risk (posterior probability of odds ratio >1.0) was 92% for celecoxib, 97% for ibuprofen, and 99% for diclofenac, naproxen, and rofecoxib. The corresponding odds ratios (95% credible intervals) were 1.24 (0.91 to 1.82) for celecoxib, 1.48 (1.00 to 2.26) for ibuprofen, 1.50 (1.06 to 2.04) for diclofenac, 1.53 (1.07 to 2.33) for naproxen, and 1.58 (1.07 to 2.17) for rofecoxib. Greater risk of myocardial infarction was documented for higher dose of NSAIDs. With use for longer than one month, risks did not appear to exceed those associated with shorter durations.

Conclusions All NSAIDs, including naproxen, were found to be associated with an increased risk of acute myocardial infarction. Risk of myocardial infarction with celecoxib was comparable to that of traditional NSAIDS and was lower than for rofecoxib. Risk was greatest during the first month of NSAID use and with higher doses.

Data from nearly half a million patients – a total cohort of 446,763 people – showed that any dose of NSAIDs is associated with an increased risk of heart attack, even within the first week of use. Comparing people who took painkillers to those who didn’t, the team found an increase of heart attack risk of about 20-50 percent, with a similar result for all the different NSAIDs they looked at.

3) Johnsen, Søren P., et al. “Risk of hospitalization for myocardial infarction among users of rofecoxib, celecoxib, and other NSAIDs: a population-based case-control study.” Archives of internal medicine 165.9 (2005): 978-984.
Conclusions :Current and new users of all classes of non- aspirin NSAIDs had elevated relative risk estimates for
MI. Although the increased risk estimates may partly re-flect unmeasured bias, they indicate the need for fur-ther examination of the cardiovascular safety of all nonaspirin NSAIDs.

Conclusions—The use of NSAIDs is associated with persistently increased coronary risk regardless of time elapsed after first-time MI. We advise long-term caution in using NSAIDs for patients after MI.

5) Leaky Gut Syndrome Isn’t Only Scary, But Extremely Dangerous to Your Health – This is More Than a Poop Issue!
by Jordan Reasoner

7) The Guardian  –  Common painkillers may raise risk of heart attack by 100% – study.  Risk of myocardial infarction is greatest in first month of taking NSAIDs such as ibuprofen if dose is high, say researchers

For the paper, published in the BMJ on Tuesday, the researchers analysed results on 446,763 people on healthcare databases in countries including Canada, Finland and the UK, of whom 61,460 had a heart attack.

14) NSAIDs and Cardiovascular Risk Explained, According to Studies from the Perelman School of Medicine  May 02, 2012  PHILADELPHIA — After nearly 13 years of study and intense debate, a pair of new papers from the Perelman School of Medicine, at the University of Pennsylvania have confirmed exactly how a once-popular class of anti-inflammatory drugs leads to cardiovascular risk for people taking it.

15) Ghosh, Rajeshwary, Azra Alajbegovic, and Aldrin V. Gomes. “NSAIDs and cardiovascular diseases: role of reactive oxygen species.” Oxidative medicine and cellular longevity 2015 (2015).
Mitochondria Are the Main Target Organelles of the NSAIDs. It has been shown that the heart is more susceptible to ROS generation induced by drugs like doxorubicin compared to other tissues of the body although the drugs are evenly distributed throughout the body [90]. This is possibly due to high levels of mitochondria in the heart which are the major producers of ROS in the cardiovascular system. Over 90% of ATP required for the normal functioning of the heart is provided by the mitochondria, which utilizes an efficient oxidative phosphorylation system. ATP production may increase depending upon the requirements of the body, especially at times of excessive physical exertion or other hormonal stimulations [91]. Mitochondria are not only the major producers of the free radicals [72], but excessive generation of ROS in turn targets the mitochondria itself [92]. NSAIDs have been shown to have adverse effects on the mitochondria resulting in the increased production of ROS.

16) Arch Intern Med. 2000 Mar 27;160(6):777-84.
Consumption of NSAIDs and the development of congestive heart failure in elderly patients: an underrecognized public health problem.
Page J1, Henry D.  Use of NSAIDs (other than low-dose aspirin) in the previous week was associated with a doubling of the odds of a hospital admission with CHF (adjusted odds ratio, 2.1; 95% confidence interval, 1.2-3.3). Use of NSAIDs by patients with a history of heart disease was associated with an odds ratio of 10.5 (95% confidence interval, 2.5-44.9) for first admission with heart failure, compared with 1.6 (95% confidence interval, 0.7-3.7) in those without such a history. The odds of a first admission to a hospital with CHF was positively related to the dose of NSAID consumed in the previous week, and was increased to a greater extent with long half-life than with short half-life drugs. Assuming these relationships are causal, NSAIDs were responsible for approximately 19% of hospital admissions with CHF.
CONCLUSIONS:The burden of illness resulting from NSAID-related CHF may exceed that resulting from gastrointestinal tract damage. NSAIDs should be used with caution in patients with a history of cardiovascular disease.

17)  Somasundaram, S., et al. “Mitochondrial damage: a possible mechanism of the” topical” phase of NSAID induced injury to the rat intestine.” Gut 41.3 (1997): 344. Background—The “topical” effect of non-steroidal anti-inflammatory drugs (NSAIDs) seems to be an important cause of NSAID induced gastrointestinal damage.
Aim—To examine the possible mechanism of the “topical” phase of damage in the small intestine.
Methods—Electron microscopy and subcellular organelle marker enzyme studies were done in rat small intestine after oral administration of indomethacin (doses varied between 5 and 30 mg/kg). The effect of conventional and non-acidic NSAIDs on rat liver mitochondrial respiration was measured in vitro in a Clarke-type oxygen electrode.
Results—The subcellular organelle marker enzymes showed mitochondrial and brush border involvement within an hour of indomethacin administration. Electron microscopy showed dose dependent mitochondrial changes following indomethacin administration consistent with uncoupling of oxidative phosphorylation (or inhibition of electron transport) which were indistinguishable from those seen with the uncoupler dinitrophenol. Parenteral indomethacin caused similar changes, but not in rats with ligated bile ducts. A range of NSAIDs, but not paracetamol or non-acidic NSAIDs which have a favourable gastrointestinal tolerability profile, uncoupled oxidative phosphorylation in vitro at micromolar concentrations and inhibited respiration at higher concentrations. In vivo studies with nabumetone and aspirin further suggested that uncoupling or inhibition of electron transport underlies the “topical” phase of NSAID induced damage.
Conclusion—Collectively, these studies suggest that NSAID induced changes in mitochondrial energy production may be an important component of the “topical” phase of damage induction.

19) Matsui, Hirofumi, et al. “The pathophysiology of non-steroidal anti-inflammatory drug (NSAID)-induced mucosal injuries in stomach and small intestine.” Journal of Clinical Biochemistry and Nutrition 48.2 (2011): 107. “we emphasize the importance of the uncoupling of mitochondrial oxidative phosphorylation as a common first step in NSAID-induced mucosal injury both in stomach and in small intestine.”

Copyright (c) 2017 Jeffrey Dach MD All Rights Reserved. This article may be reproduced on the internet without permission, provided there is a link to this page and proper credit is given.