Defending the Cholesterol Hypothesis in the Elderly

Defending the Cholesterol Hypothesis in the Elderly 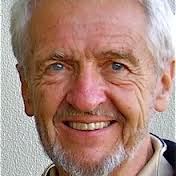 Dr Husten is responding to an article published in British Medical Journal by Dr Uffe Ravnskov (left image) in which a number of previously published studies contradict the cholesterol theory by showing an “Inverse association between low-density-lipoprotein (LDL) cholesterol and mortality in the elderly”.(2)

Cholesterol Theory has Been Falsified

The lack of relationship between serum cholesterol and calcium score was reported by Dr. Hecht who says:

”There were no significant differences in the calcium scores throughout the entire range of all lipid parameters; calcium percentiles were virtually identical within lipid value subgroups.”(6) 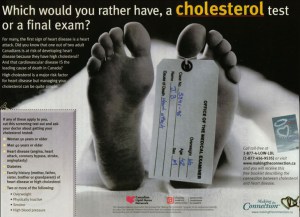 Also, in selected medical conditions such as congestive heart failure, haemodialysis, chronic obstructive pulmonary disease (COPD), as in the elderly, higher cholesterol is associated with improved survival, and lower cholesterol with increased mortality.(9) Left Image advertising for the cholesterol theory of heart disease, creating irrational fear .  This has been falsified.

The Art of the Curbside Cholesterol Consult

Michael Blaha, MD, MPH, also of Johns Hopkins, said that he agrees with the authors that LDL by itself is a poor marker of risk in the elderly
According to Blaha, the fact that the role of LDL diminishes with age “has been known for a long time — and in fact is baked into equations like the Framingham Risk Score and the Pooled Cohort Equations.” One reason is that “cumulative exposure to high cholesterol is likely what matters most, thus very high LDL matters more in younger patients, while late-life elevation matters very little.”
In addition, Blaha said, “one must also account for survival bias in these studies,” as the older patients with high LDL are a selected group.

Abstract
Objective It is well known that total cholesterol becomes less of a risk factor or not at all for all-cause and cardiovascular (CV) mortality with increasing age, but as little is known as to whether low-density lipoprotein cholesterol (LDL-C), one component of total cholesterol, is associated with mortality in the elderly, we decided to investigate this issue.
Setting, participants and outcome measures We sought PubMed for cohort studies, where LDL-C had been investigated as a risk factor for all-cause and/or CV mortality in individuals ≥60 years from the general population.
Results We identified 19 cohort studies including 30 cohorts with a total of 68 094 elderly people, where all-cause mortality was recorded in 28 cohorts and CV mortality in 9 cohorts. Inverse association between all-cause mortality and LDL-C was seen in 16 cohorts (in 14 with statistical significance) representing 92% of the number of participants, where this association was recorded. In the rest, no association was found. In two cohorts, CV mortality was highest in the lowest LDL-C quartile and with statistical significance; in seven cohorts, no association was found.
Conclusions High LDL-C is inversely associated with mortality in most people over 60 years. This finding is inconsistent with the cholesterol hypothesis (ie, that cholesterol, particularly LDL-C, is inherently atherogenic). Since elderly people with high LDL-C live as long or longer than those with low LDL-C, our analysis provides reason to question the validity of the cholesterol hypothesis. Moreover, our study provides the rationale for a re-evaluation of guidelines recommending pharmacological reduction of LDL-C in the elderly as a component of cardiovascular disease prevention strategies.

4) THINCS For decades, enormous human and financial resources have been wasted on the cholesterol campaign, more promising research areas have been neglected, producers and manufacturers of animal food all over the world have suffered economically, and millions of healthy people have been frightened and badgered into eating a tedious and flavorless diet or into taking potentially dangerous drugs for the rest of their lives. As the scientific evidence in support of the cholesterol campaign is non-existent, we consider it important to stop it as soon as possible.
The International Network of Cholesterol Skeptics (THINCS) is a steadily growing group of scientists, physicians, other academicians and science writers from various countries. Members of this group represent different views about the causation of atherosclerosis and cardiovascular disease, some of them are in conflict with others, but this is a normal part of science. What we all oppose is that animal fat and high cholesterol play a role. The aim with this website is to inform our colleagues and the public that this idea is not supported by scientific evidence; in fact, for many years a huge number of scientific studies have directly contradicted it.

10)  CEBM response: “Lack of an association or an inverse association between low-density-lipoprotein cholesterol and mortality in the elderly: a systematic review” – a post publication peer review
Here we provide a post publication critical appraisal of the methodology and evidence used to support the findings from the Ravnskov et al paper.

Therefore their search strategy and reporting thereof presents a high risk of bias for missing important and relevant studies.

link to this article: http://wp.me/p3gFbV-3JT

The post Defending the Cholesterol Hypothesis in the Elderly appeared first on Jeffrey Dach MD .