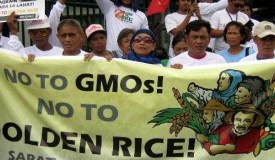 In a major victory for the people against evil GMO corporations like Monsanto, the Phillipines Supreme Court ruling effectively banned GMO food from the Phillipine Islands.(1-2)  GMO food is inherently unhealthy and dangerous to our environment, and should be banned by all countries interested in preserving the health of their citizens. Left image courtesy of Christina Sarich (3) 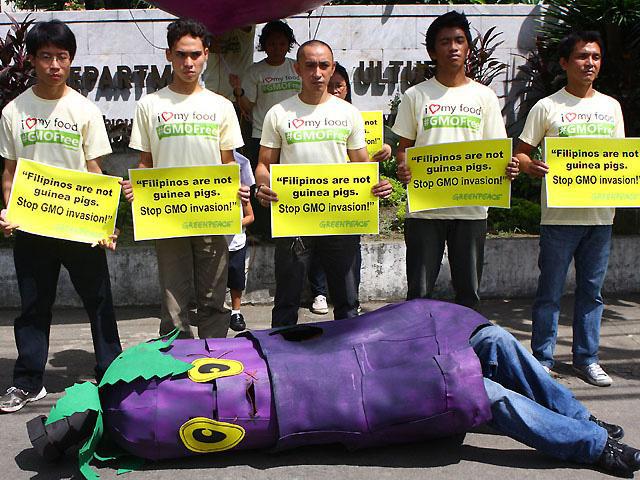 For articles with related interest:

“The Supreme Court of the Philippines has ordered a permanent ban on field trials of GM eggplant, and a temporary halt to approving applications “contained use, import, commercialization and propagation” of GMO crops and products.”

2) GreenPeace-
Philippines’ Supreme Court bans development of genetically engineered products
11 December, 2015 at 6:16 – Manila, 11 December 2015 – The Supreme Court of the Philippines has ordered a permanent ban on field trials of genetically engineered (GE) eggplant and a temporary halt on approving applications for the “contained use, import, commercialisation and propagation” of GE crops, including the import of GE products.
3)  Farmers of the Philippines Say ‘No Way’ to GMO Rice
“There are other fixes for vitamin A deficiency by Christina Sarich April 25, 2015
4) Who’s afraid of the GMO eggplant? May 27, 2013 By DR. MICHAEL PURUGGANAN