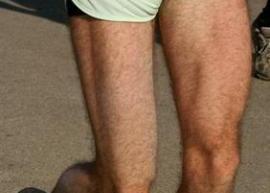 Jim is a factory glass worker who come into the office because of muscle weakness in his legs which started about five years ago.  He previously was a marathon runner, and now has difficulty walking.  Over the past five years, Jim as been to many neurologists who have performed muscle biopsies and made the diagnosis of idiopathic myoneuropathy, which means they found pathologic changes in the muscle and nerve cells but they did not know what caused it.

Jim’s family owns a lead glass factory in Switzerland, and Jim worked there for many years before moving to Florida.

Because of the serious nature of Jim’s problem, he was referred to my colleague who does intravenous chelation therapy with EDTA, an FDA approved treatment for lead toxicity.(11-13)  After 6 months of treatment, Jim reports his leg muscle strength has stabilized, and has not worsened and may even be improving slightly.  Since lead toxicity is a treatable and reversible condition, it is important not to miss the diagnosis.  Unfortunately, because of Jim’s five year delay in diagnosis, his clinical improvement was limited.

For some unexplained reason, heavy metals such as lead and mercury tend to accumulate in muscle tissue. A study by Frustaci published in 1999 examined trace elements in myocardial biopsies of 32 patient with idiopathic cardiomyopathy.  Surprisingly, Dr Frustaci found massive accumulation of heavy metals (mostly mercury) in the myocardium of patients with idiopathic cardiomyopthy.(14)

A Case report in 1994 of recovery from neuropathy and myopthy misdiagnosed as amyothrophic lateral sclerosis .  The patient had mercury amalgams removed with recovery.(15)

Regenerating the Nervous System with HCG

Assuming the original toxic insult to the motor neurons is long gone after chelation therapy, is there anything that can be done to assist the damaged motor neurons to regenerate?  A vitamin supplement program to assist nerve tissue regeneration includes vitamin B12 injections,alpha lipoic acid, benfotiamine (B1), P-5-P version of B6, Co-Q10, methyl-folate etc.

Credit and thanks goes to Jonathan Wright MD for his article on HCG as a neuro-regenerative hormone. Dr Wright cites a 1983 study by Dr Patil on the effect of HCG on recovery from spinal cord resection in rats.  Also in this 1983 report are two human cases of spinal cord injury with total paraplegia treated with high dose HCG (10,000 iu oer day) with remarkable improvements in both cases after 12 weeks of treatment with HCG.  The explanation for the beneficial effect of  HCG on neuro-regeneration comes form studies showing the brain and nerve tissue have HCG/LH receptors which stimulate production of neural stem cells.  As Dr Wright says, HCG is safe with no adverse effects, and in his opinion, a trial of HCG is reasonable in patients with advanced neurologic degenerative disorders in the hope of stimulating regeneration of damaged neurons.  HCG is widely available and easy to obtain. At this time,  one can only speculate as to the possible benefits of HCG for a long list of neurodegenerative diseases such as Parkinsons, Multiple Sclerosis, Alzheimers, neuropathies and myopathies etc.   Perhaps, in the future, more studies using HCG will be forthcoming.(17-18)

A 50-year-old battery worker had clinical signs of motor neuron disease: weakness, wasting, and active reflexes. Nerve conduction velocities, electromyogram, and motor unit territory indicated that the disorder was neuronal. Biochemical abnormalities were characteristic of lead intoxication, and the clinical disorder was reversed after treatment with penicillamine. This case and others suggest that “lead neuritis” is a form of motor neuron disease, rather than a neuropathy. Except for those persons who have clearly been exposed to lead, it is doubtful that lead intoxication is responsible for more than a small number of patients with amyotrophic lateral sclerosis (ALS). Considering the prognostic implications, however, prior to making the diagnosis of ALS, lead intoxication should be considered.

Rhesus monkeys were exposed pre- and postnatally to lead acetate in the diet (350 ppm or 600 ppm) over 9 years, followed by a lead free period of 32 months, while a control-group received regular diet. No signs of muscular dysfunction were evident. To elucidate neuromuscular pathomorphology frozen sections of the vastus medialis muscle were processed for routine and enzymohistological staining (Hematoxilin and Eosin, Sudan Black, Gomori, NADH, ATPase). Resin histology was processed for electron microscopy. Morphometric analysis was made with commercial software.

Light microscopy revealed dose-related signs of myopathy in the lead-exposed groups. The scatter of fibre diameters was increased, and split fibers and internal nuclei were more frequent. Fibres became separated from each other by copious endomysial connective tissue. Ultrastructural examination showed hydropic mitochondria and a massively dilated sarcotubular system in the 600 ppm group. Dose-related extracellular collagen deposition increased. A heavy fibrosis was seen in the 600 ppm group. These findings are interpreted as myopathical reaction due to chronic low level lead exposure, as there were no signs of neurogenical lesion. It remains unknown how the fibrosis developed. A primary fibrosis could be based upon a developmental delay of satellite cells (expressing metalloproteases for collagen-catabolism). Lead is known to inhibit regular development in many ways if exposure has started prenatally. As the skeletal muscle is a common target of toxicity, the myotoxic effects of chronic low level lead exposure comes into question.

This study is intended to evaluate the efficacy of vitamin C (VC) in ameliorating the detrimental effects of long-term lead intoxication on the liver, kidneys, brain and testes as assessed by histopathology. A total of forty male Wistar rats (six-weeks-old) was divided into 4 groups: control group; lead-acetate (PbAc)-treated group (20 mgPbAc/kgbwt); PbAc+VC-treated group (20 mgPbAc/kgbwt plus 20 mg VC/kgbwt); and VC-treated group (20 mgVC/kgbwt). The Experimental period was lasted for 60 successive days in which PbAc was administered once daily while VC was supplemented every other day using intra-gastric intubation. At the end of the experimental period, all rats were sacrificed and pathological examinations were performed. Control and VC-supplemented rats showed normal liver, kidney, brain, and testes histology. In contrast, the liver of PbAc-intoxicated rats exhibited degenerated hepatocytes and portal inflammatory cell infiltrations.

The kidneys showed degenerated glomeruli and formation of karyomegalic cells containing intranuclear inclusions in the proximal tubular epithelium. Cerebellar edema, cerebral satellitosis and encephalomalacia observed in the brain. Testicular tissues showed arrest of spermatogenesis and interstitial edema. Co-administration of VC with PbAc diminished the severity of pathological changes and reduced the number of affected organs compared to PbAc-intoxicated rats. These results show that low level of VC ameliorated and mitigated the adverse pathological impacts of chronic lead toxicity.

Female Wistar-albino rats were given lead acetate (PbAc) for 60 days to investigate the protective effects of L-carnitine (CA) clinically and histopathologically on PbAc-induced tissue damage. Blood samples were obtained from the jugular vein for hemoglobin (HB), hematocrit (HCT), red blood cells (RBC), white blood cells (WBC), platelets (PLT), aspartate aminotransferase (AST), alanine aminotransferase (ALT) and creatinine. PbAc treatment caused a significant decrease in HB, HCT and RBC, a significant increase in WBC, AST, ALT and creatinine compared to controls. Although administration of CA did not reverse HB and HCT values, it reversed both the decrease in RBC and the increase in WBC, AST, ALT and creatinine. After the experimental period, all rats were weighed, then decapitated for pathological examination. Control rat liver, kidney and brain showed normal histological architecture. Lead-induced nephropathic kidneys; degenerative changes, inflammation and portal edema of the liver; and brain neuropil vacuolation, neuronal vacuolation, satellitosis and neuronophagia were observed in experimental groups. All changes were reduced in the PbAc group treated with CA (PbAc + CA). PbAc caused copper/zinc superoxide dismutase (Cu/Zn-SOD) expression in both the hepatocytes and tubular epithelium of the kidney. PbAc + CA exposure caused moderate Cu/Zn-SOD immunoreactivity. While in the brain sections of the PbAc group the degenerative neurons were stained intensely with anti-ubiquitin antibody, PbAc + CA rats showed moderate staining in neurons with anti-ubiquitin antibody. These results show that CA as a food additive reduced the severity of tissue damage caused by PbAc.

To evaluate the effect of long-term exposure to heavy metals on skeletal muscle, chronic subcutaneous injections for 7 days of two level treatments (low dose, 0.1 mg/kg and high dose, 1 mg/kg) of lead acetate were investigated. Comparative analyses of in situ dorsiflexor muscle isometric contractile characteristics were studied in urethane-anesthetized (2 mg/g, i.p.) control and lead-exposed male mice. Control muscle-twitch tension reached an average of 1.81 +/- 0.06 g. Chronic lead (Pb2+) treatments did not affect muscle contractile speed, but reduced significantly the twitch tension in both high and low doses when compared to control animals. This effect was in a dose-dependent manner; 1.21 +/- 0.07 g for low dose and 0.90 +/- 0.05 g for high dose. These chronic Pb2+ treatments accelerated muscle fatigue after 250 stimuli (25 Hz for 10 sec) in both the low and high doses equally. However, marked elevation in tetanic (25 Hz) specific tension were observed in the high-dose, chronically treated animals, indicating some changes in contractile apparatus function. The high dose of chronic Pb2+ treatment induced ultrastructural changes, including reduced number of synaptic vesicles, disruption of mitochondria and increased number of smooth endoplasmic reticulum and myelin-like figures in the intramuscular axons and neuromuscular junctions. Chronic Pb2+ treatment caused extensive disruption of the sarcoplasmic mitochondria and increased the number of myelin-like figures in the muscle. These results suggest that exposure to Pb2+ at a low concentration can compromise the in situ skeletal muscle isometric contraction.

9) An Unclear Danger : Crystal May Be Lovely to Look At, but a New Study Suggests Lead Content May Make It Harmful to Use February 08, 1991|PAMELA WARRICK | LA TIMES

The zinc protoporphyrin/haemoglobin (ZPP/Hb) ratio was measured in the field with a haematofluorometer. A significant increase in ZPP/Hb ratio with advancing age was found in 1295 men who denied any excess exposure to lead. Ninety-seven per cent of the results were below 110 mumol ZPP/mol Hb(Fe) (4.4 microgram ZPP/g Hb). The ZPP/Hb ratio was determined in a lead-exposed population of 2275 men, and in 305 a blood lead analysis was also performed. A blood lead limit of 2.9 mumol/l (60 microgram/100 ml) corresponds to about 500 mumol ZPP/mol Hb(Fe) (20 microgram/g). This limit was exceeded in workers engaged in secondary lead smelting, storage battery manufacture, car radiator repair, crystal glass manufacture, storage battery repair, ship breaking, metal foundries, the ceramic industry, scrap metal handling, and PVC plastic manufacture. Other occupations caused lower lead exposures with ZPP/Hb ratios between 110 and 500 mumol ZPP/mol Hb(Fe): such ratios were found in men from shooting ranges, in leaded pane manufacturers, gunsmiths, car paint sprayers, type setters, steel rolling mill workers, shipbuilders and welders, car mechanics, lead pigment handlers, and solderers. Increased ZPP/Hb ratios and blood lead levels in 210 workers were associated with a decrease in haemoglobin concentration in the blood. Thus, the haematofluorometer has proved to be very useful for screening purposes. A blood lead determination should be performed if the ZPP/Hb ratio exceeds 300 microgram ZPP/mol Hb(Fe) (12 microgram/g). 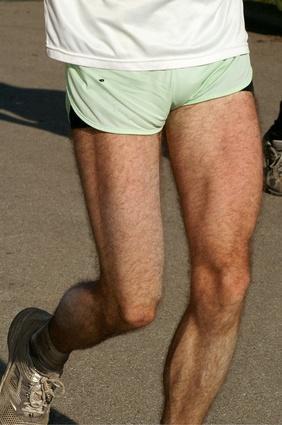