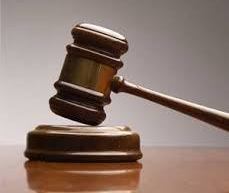 A 112 million dollar punitive award is a very loud statement.  It states that the jury was outraged by the “wanton and reckless” conduct by Wyeth.  112 Million Dollars in punitive damages was awarded to two breast cancer victims who took Wyeth’s synthetic hormone, Prempro, all the while thinking it safe. The jury was outraged that Wyeth ignored and suppressed evidence that Prempro causes breast cancer.  Wyeth paid consultants and ghostwriters of medical journal articles to play down concerns about breast cancer, and declined to study known risks. Once again, company profit was placed ahead of patient safety. This is the tip of the iceberg, as another ten thousand cases are waiting for their day in court.

Years ago, a bombshell appeared in the medical literature, and massive numbers of women switched from Prempro to safer bio-identical hormones. This was the 2002 WHI study which showed that PremPro causes breast cancer. This massive shift away from synthetic Prempro reduced breast cancer rates by 10,000 fewer cases per year. (NEJM Volume 356:1670-1674 April 19, 2007 Number 16)

This Prempro court case teaches us an important lesson. When a “Bad Drug” like Prempro gets FDA approval and placed on the market, what happens?  The public is hoodwinked, and the drug company profits handsomely. The wheels of justice turn slowly.  After 65 years and thousands of victims, our court system has finally ended a bad drug, in this case, a synthetic hormone called Prempro. 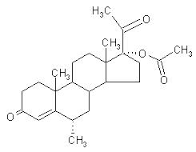 Left image show how to chemically alter a natural bioidentical hormone by adding  chemical groups. This is done in order to obtain a patent on the new chemical structure which protects profits for the drug company. This is a bad idea because any alteration of a hormone creates a MONSTER.  Left image medroxyprogesterone.

Another important lesson from this case is that synthetic hormones like Prempro, which are chemically altered versions of human hormones, are all “Monster Hormones” which should never have been approved by the FDA in the first place. Any alteration in a chemical structure of a hormone creates a Monster, and in the case of Prempro, the result is increased cancer and heart disease. 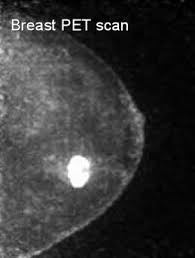 The drug companies changed the chemical structure of human hormones to obtain patent protection and maximize profits. Human bioidentical hormones cannot be patented because they are found naturally in the human body, therefore they are not profitable for the drug companies.  Left Image : Bright spot represents  breast cancer on PET mammogram combined imaging.

Just Another Round in the Medical Information War

Drug companies routinely use their influence to control information in the mainstream media and the medical journals. They downplay adverse side effects of their products in order to maximize profits. This is merely part of the Medical Information War played out in the media every day.

Bioidentical Hormones Are Safe and Effective

This case highlights another important lesson. While the chemically altered synthetic hormones like Prempro are dangerous, the original version from nature, called Bioidentical hormones are safe, effective and beneficial for health.

The Safety Of Bio-Identical Hormones

Here is an important article on HRT by Jonathan Wright MD, the originator of bioidentical hormones. Read it here:

There are more than 10,000 lawsuits against Wyeth/Pfizer regarding the link between PremPro and breast cancer. There have been 12 verdicts so far, and juries have awarded money to the plaintiffs in ten of those cases. The latest was announced today, in Donna Kendall v. Wyeth (Phila. CCP, June Term, 2004, No. 0965). The jury awarded Ms. Kendall $6.3 million in compensatory damages, and $28 million in punitive damages. So far, thirteen women have settled their claims with Wyeth/Pfizer, but if awards like these continue, can we expect Pfizer soon to be offering to settle the rest?video here.

http://www.nytimes.com/2009/11/24/business/24wyeth.html
Another Loss for Pfizer in Drug Suits By DUFF WILSON November 23, 2009 NY Times.  Pfizer has been ordered to pay a total of $103 million in punitive damages to two women who were found to have breast cancer after they used hormonal drugs, state court officials in Philadelphia said Monday. Punitive damages in Pennsylvania require a finding of “wanton and reckless” conduct. The jurors heard testimony that Wyeth paid consultants and ghostwriters of medical journal articles to play down concerns about breast cancer, as well as testimony that Pharmacia did not study known risks. The punitive award was split $16 million for Wyeth and $12 million for Pharmacia.

http://www.philly.com/philly/business/homepage/
20091125_Prempro_plaintiffs__lawyers_sold_their_story_to_the_jury.html
Posted on Wed, Nov. 25, 2009 Prempro plaintiffs’ lawyers sold their story to the jury.  By Chris Mondics and Miriam Hill Inquirer Staff Writers The lawyers who won $103 million in two jury verdicts announced Monday against Pfizer Inc. relied as much on their storytelling ability as their knowledge of the law.

After the verdict, the court unsealed an award of $75 million in punitives in a case filed by Connie Barton of Peoria, Ill. She had already been awarded $3.5 million in compensatory damages. Fordham University law professor Howard Erichson told the Philadelphia Inquirer that the $75 million punitive award will likely be reduced because it is so much larger than compensatory damages.

At least 1,500 cases over the hormone drugs have been filed in Philadelphia, the location of Wyeth, the Times says. Across the country, more than 10,000 cases have been filed. Esther Berezofsky, a lawyer for one of the plaintiffs, told the Times that women with breast cancer have won awards in 10 of 12 hormone drug cases. Pfizer counters that out of 34 hormone replacement cases that have been tried, all but four of the plaintiffs’ verdicts were set aside, according to the Intelligencer.

Copyright (c) 2009- 2015 Jeffrey Dach MD All Rights Reserved. This article may be reproduced on the internet without permission, provided there is a link to this page and proper credit is given.