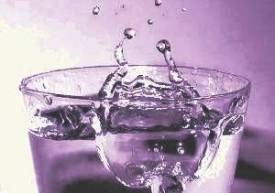 The Safety of Water compared to Bio-Identical Hormones

Water is safe, beneficial and healthy. Yet, even so, drinking excess amounts of water causes death from Fatal Water Intoxication.(1) Similarly, just like water, bio-identical hormones are safe and beneficial when used at proper dosages. Like excessive water, excessive hormone dosage may result in their own adverse side effects. Excess estrogen, for example, causes fluid retention, breast sensitivity and enlargement, and disturbed mood.

Another answer to the safety question is that bio-identical hormones are found in the human body naturally. Any harmful substance in the human body would impair survival, and over millions of years of evolution would be eliminated by natural selection. This is the basic concept of Darwinian evolution which is accepted by mainstream medical science.

Either Excess or Deficiency of Anything Can be Harmful

One of our routine labs tests called the Chem Panel measures electrolytes and glucose levels in the blood. The body automatically maintains these within narrow ranges to maintain health. If levels deviate above or below these normal ranges, this causes a serious health disturbance. For example elevated potassium levels causes cardiac arrest. Magnesium deficiency causes muscle spasm and arrhythmia. Excessive amounts of Vitamins A and D are toxic. Hormones levels enjoy a considerably wide range of acceptable limits. Even so, a deficiency or an excess of women’s bio-identical hormones can produce adverse symptoms. This is called estrogen deficiency/excess, and progesterone deficiency/excess, and they each have typical signs and symptoms easily recognized.(3)

No period at all (no ovulation) The period comes infrequently (every few months) Heavy and frequent periods (large clots, due to buildup in the uterus) Spotting a few days before the period. (Progesterone level is dropping) PMS Cystic breasts Painful breasts Breasts with lumps Most cases of endometriosis, adenomyosis, and fibroids. Anxiety, irritability, nervousness and water retention Above list courtesy of Uzzi Reiss MD (4)

Over-the-counter pain pills (NSAIDs) such as aspirin, naproxen and ibuprofen are considered fairly safe. After all, you don’t need a prescription to buy them, yet they cause an estimated 16,500 deaths in the US annually, mostly from gastric bleeding.(5) Compare this to no reported adverse events from bio-identical hormones last year, according to an FDA Press Conference on Bioidentical Hormones Jan 2008. (6)

Do Bio-Identical Hormones Cause Breast Cancer?(7) The answer is NO.

Left Image: Eiffel Tower Paris France Courtesy of Wikimedia Commons According to the French Cohort study, there is no increase in breast cancer in women using bio-identical hormones.(8) However, having said that, avoiding excess environmental estrogens as well as excessive estrogen levels from any source, is the key to preventing breast cancer.(9) My previous article covers our program for breast cancer prevention which includes iodine supplementation, Indole-3-carbinol and fiber. To read about this, see: Breast Cancer Prevention and Iodine Supplementation by Jeffrey Dach MD.(10)

If bioidentical hormones do not cause cancer , What Does? The answer is known for many years. Carcinogenic chemicals in the environment , water and food supply cause cancer. Here is a partial list of carcinogens in our food supply– Bisphenol A (BPA) Phthalates, Pesticides, Styrene , Vinyl Chloride, etc. The list of environmental carcinogens is almost endless.

Do Bio-Identical Hormones Cause Heart Disease ?

Again, the answer is NO. A study of CAT calcium scores by JoAnn E. Manson in the June 2007 JAMA actually showed less heart disease in the women taking unopposed estrogen (they had hysterectomies and were not given the synthetic progestins).(11) These same results had already been published 2 years previously in a calcium score study by Budoff in J Womens Health 2005. (12)

A Closer Look at the Women’s Health Initiative WHI Study

Understanding the Women’s Health Inititative (WHI) study is not difficult, and is very important to answer the question of hormone safety. The WHI study was the large NIH sponsored medical study which compared synthetic hormones to placebo in two large groups of women. The WHI study consisted of two arms. The first arm used the synthetic hormones Premarin and Provera, and the second arm used Premarin alone.(13)(14)

What is Premarin and Provera?

Premarin and Provera are not bio-identical hormones. Premarin is a hormone obtained from pregnant horses, which contains Equilin, a horse hormone not found in humans.(15) Provera is a synthetic hormone which is not found anywhere in the natural world (see provera diagram below).(16) The Premarin and Provera combination is called PremPro, a synthetic hormone pill commonly prescribed by mainstream medicine. Prempro was the hormone preparation used in the first arm of the WHI study.(13)

The WHI study (first arm published in JAMA 2002) was terminated early because the combination of premarin and provera (Prempro) caused increased breast cancer and heart disease.(13) Immediately after this study was published, there was a massive switch by women to bio-identical hormones which resulted in a 4 billion dollar loss for Wyeth, the maker of Prempro. Wyeth is still trying to recoup that money by manipulating the FDA. They want the FDA to ban their competition, the bio-identical hormones or their components.(36-38)

All the women in the second arm of the WHI study had prior hysterectomies (uterus absent), so they did not need the synthetic progestin, provera commonly given to prevent endometrial cancer. Rather, they were only given Premarin (the horse hormone, also called CEE, for Conjugated Equine Estrogen). Unlike the first arm of the study, these women had no increase in breast cancer risk.(18) (see chart below)

Back to the first arm of the WHI which used Prempro, it is clear from the data that the culprit which caused breast cancer and heart disease was Provera, a synthetic monster hormone. This is nothing new. For years, Provera has been known to cause heart disease and breast cancer.(21)(22)(39)

Provera Proven to Cause Breast Cancer

Chemically altered hormones were used in the WHI study, and are routinely handed out by the medical system. These altered hormones are monsters that should never have been approved for marketing to the American people. They should be banned. Image Left: Another Monster: Boris Karloff from Frankenstein 1931.Courtesy of Wikimedia.

The Media Says Hormones Cause Cancer and Heart Disease

A Listing of a Few Monster Hormones:

How to make a Monster Hormone, Add a Side-Chain (in Red below) Below Images: Courtesy of wikimedia commons.

Take a good look at human bio-identical Progesterone ( upper left image), and the chemically altered version (below left image) Provera also called medroxyprogesterone. The added side-chain is labeled in RED on the right side of the Provera molecule.

This side-chain (in red) has been added in order to make a totally new structure that can be patented, and is the only difference

with progesterone (upper left). In the process of adding this side-chain, a Monster was created. In the opinion of John R Lee MD, “to prescribe a chemically altered version of progesterone called Provera is medical malpractice”, and yet this practice is common in mainstream medicine.

An Illustration which Explains the Problem with Synthetic Chemically Altered Drugs

Supposing a biochemist working for a drug company has an idea to alter the chemical structure of vitamin C so a patent can be obtained. The biochemist adds a chlorine molecule to the vitamin C carbon ring, and gives is a new name “super-Vitamin C”, which is really a chlorinated version of vitamin C. Next they do a one year medical study with 5,000 people taking the chlorinated vitamin C tablet every day, and another 5000 people taking a placebo. After the year is up, they count a .5 per cent incidence of heart disease events in the Super Vitamin C group and a 1.0 percent in the placebo group. FDA approval is easily obtained based on reduction in heart disease events by 50 per cent (.5 per cent is 50% of 1.0 %). The drug company is at liberty to spend million dollars on television advertising designed to rake in millions more for the new heart prevention miracle drug. This absurd scenario is now the norm for our medical system. Why would anyone want to spend money for a monster version of vitamin C when the real thing is available for pennies? Why use a monster hormone when human hormones are available? Compared to their monster counterparts, Bio-Identical Hormones are more effective, have fewer adverse side effects, and are less costly.

During the 16th century in Italy, breast cancer was quite rare. An Italian doctor, Bernardino Ramazzini, noted in 1713 the relatively high incidence of breast cancer in nuns and wondered whether this was related to celibate lifestyle.(24) Recent studies confirm that early pregnancy and multiple pregnancies confer protection from breast cancer, while no pregnancies (as in the nuns) leads to increased risk of breast cancer.(25) This protection is thought to be confered by high levels of progesterone. This was confirmed in a 2007 study by Rajkumar who showed that hormone treatment protected genetically engineered mice from developing breast cancer. (26) Left image Pregnancy, courtesy of wikimedia commons.

Birth Control Pills, BCP’s, are very effective at preventing pregnancy by suppressing ovulation. However, BCP’s contain synthetic hormones which have adverse side effects.(29)(30)(31) To avoid these monster hormones, the non-hormonal Copper T- IUD (intra-uterine device) is available.  See my article on this topic HERE..

If high estrogen levels were the primary cause of breast cancer, we would expect to find more breast cancer mortality in women with higher hormone levels at age 30, and less breast cancer in women with low hormone levels at age 60 (post-menopausal). However, what we find is the exact opposite. According to the CDC, mortality from breast cancer is 7 times higher in the older women aged 60 (0.7 per cent), compared to younger women aged 30 (0.1 per cent). Mortality from breast cancer is 700 % higher in post-menopausal women with low hormone levels.(link) Conclusion In conclusion, bio-identical hormones used at appropriate dosages are safe, effective, and beneficial for health. On the other hand, any chemical alteration of a human hormone creates a monster hormone, which is not bioidentical. These monster hormones should never have been approved for marketing and sale to the American people. These monster hormones are unsafe, causing cancer and heart disease, and should be banned immediately.

Resources for the Safety of BioIdentical Hormones

(2) The Safety of Bioidentical Hormones — the Data vs. the Hype by Jacob Teitelbaum, MD From the Townsend Letter June 2007.(34)

What Your Doctor May Not Tell You About Menopause (TM): The Breakthrough Book on Natural Hormone Balance

WHAT YOUR DOCTOR MAY NOT TELL YOU ABOUT MENOPAUSE: The Breakthrough Book on Natural Progesterone (Warner Books, 1996)(35)

What Your Doctor May Not Tell You About Premenopause: Balance Your Hormones and Your Life From Thirty to Fifty

WHAT YOUR DOCTOR MAY NOT TELL YOU ABOUT PREMENOPAUSE: Balance Your Hormones and Your Life from Thirty to Fifty (Warner Books, 1999)(35)

What Your Doctor May Not Tell You About(TM): Breast Cancer: How Hormone Balance Can Help Save Your Life

WHAT YOUR DOCTOR MAY NOT TELL YOU ABOUT BREAST CANCER: How Hormone Balance Can Help Save Your Life, by John Lee, David Zava and Virginia Hopkins (Warner Books, 2005)(35)

(3) http://www.johnleemd.com/store/premenstrual_syndrome.html Excerpted From: WHAT YOUR DOCTOR MAY NOT TELL YOU ABOUT BREAST CANCER: Balance Your Hormones and Your Life from Thirty to Fifty. PHYSIOLOGICAL EFFECTS OF ESTROGEN AND PROGESTERONE. How Hormone Balance Can Help Save Your Life. by John R. Lee, M.D., David Zava, Ph.D. and Virginia Hopkins. Warner Books 2002

(9) http://www.johnleemd.com/store/cancer_progest.html Breast Cancer Book Intro. WHAT YOUR DOCTOR MAY NOT TELL YOU ABOUT BREAST CANCER. How Hormone Balance Can Help Save Your Life By John R. Lee, M.D., David Zava Ph.D., and Virginia Hopkins INTRODUCTION

(14) http://jama.ama-assn.org/cgi/content/full/291/14/1701 Effects of Conjugated Equine Estrogen in Postmenopausal Women With Hysterectomy The Women’s Health Initiative Randomized Controlled Trial. JAMA. 2004;291:1701-1712. Second Arm. This is the Second Arm of the Study. Premarin Only.