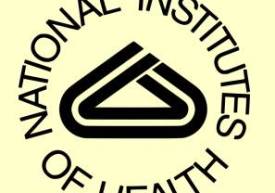 Glucosamine and Chondroitin for Arthritis Pain

Glucosamine and Chondroitin for Arthritis Pain by Jeffrey Dach M.D.

As usual, the New York Times and the rest of the media got the story wrong.(4)    Rather than being ineffective, as the media concluded about glucosamine and chondroitin for knee pain, the NIH GAIT study actually showed the opposite.(3)

Contrary to the New York Times report, the NIH Gait study actually showed that in patients with moderate-to-severe knee-pain, the combination of the two supplements (glucosamine and chondroitin) was more effective than both Celebrex and a placebo. The glucosamine-chondroitin combination significantly reduced pain in 79 percent of those who received it. Celebrex significantly reduced pain in 69 percent of the recipients and the placebo in 54 percent.(1)(2)(15)

The real conclusion is that regarding patients with moderate to severe knee pain, the less costly glucosamine and chondroitin combination is more effective than Celebrex.(3)(15)

Financial Ties to the Drug Industry Lead to Biased Results

How is it possible for the New York Times to get the wrong story? Could it be possible that the authors of the New England Journal reporting the GAIT findings were biased in favor of the drug Celebrex, and against the supplements?(15)

Jay Gordon MD raises this question in his article, “Did You Understand the Arthritis Study? I Did.”(16)  Dr Gordon points out that the authors received financial rewards from the competitive companies making the arthritis drug Celebrex.  This conflict of interests biased the authors to spin the results in favor of the drug and against the glusosamine.

Here’s a complete list of the disclosure of financial ties the study’s authors have to the drug industry:

Drs. Brandt, Moskowitz, Schnitzer, and Schumacher report having received consulting fees or having served on advisory boards for Pfizer.

Dr. Moskowitz reports having served as an expert consultant for Pfizer.

None of the authors received any money from makers of glucosamine or chondroitin.

Safety of Glucosamine/ Chondroitin  Compared to the Safety of NSAIDS, Adverse Side Effects of Celebrex

The media stories on the GAIT Study also fail to mention the fact that Glucosamine and Chondroitin have no adverse side effects, while Celebrex causes gastric bleeding, ulceration and death. This is an important distinction.  Celebrex is a NSAID pain pill. NSAID drugs are similar to aspirin, ibuprofen, and naproxen.  It has been estimated conservatively that 16,500 NSAID-related deaths occur among patients with rheumatoid arthritis or osteoarthritis every year in the United States.

On 4/20/99, The Wall Street Journal reported that celecoxib (Celebrex) has been linked to 10 deaths and 11 cases of gastrointestinal hemorrhages. Five of the 10 who died suffered from gastrointestinal bleeding or ulcers.(5)(6)

On December 17, 2004 Pfizer publicly announced that patients who are taking Celebrex may have an elevated risk of suffering heart attack and stroke. The National Cancer Institute designed a study to research the effects of Celebrex on cancer. This Pfizer-sponsored study was suspended after preliminary evidence showed that clinical trial patients who were taking 400 to 800 milligrams of Celebrex were two and
a half times more likely to suffer from heart attack or cardiovascular stroke than patients in the control group.

Celebrex No Safer than the Older NSAIDS

An editorial published in the British Medical Journal reports that COX-2 selective painkillers (Like Celebrex and Vioxx) are no safer on your stomach than traditional painkillers.(7) When COX-2 drugs like Celebrex were introduced to the market, their makers claimed these drugs were as effective and much safer than the older NSAID drugs.  In other words, they were easier on the stomach. Older NSAIDs, such as Aleve and Naproxen, are known to cause adverse gastrointestinal side effects like ulcers and bleeding. The authors of this BMJ editoral say that the original studies were flawed and that the new COX-2 drugs like Celebrex and Vioxx are just as dangerous as older NSAID drugs.(7)(8)

The following are the references for the estimated annual death rate from NSAIDs (Nonsteroidal anti-inflammatory drugs including aspirin, ibuprofen, naproxen, diclofenac, ketoprofen, and tiaprofenic acid.) How many of these deaths are due to Celebrex vs. the others NSAIDs? Compare this number of deaths to ZERO deaths from glucosamine and chondroitin.

NSAIDs include aspirin, ibuprofen, naproxen, diclofenac, ketoprofen, and tiaprofenic acid.) Compare this number of deaths to ZERO deaths from glucosamine and chondroitin.(11)(12)

According to November 2004 Congressional testimony by Dr. David Graham, associate director for science and medicine in the FDA’s Office of Drug Safety, there were 160,000 heart attacks and as many as 55,000 patients may have died as a result of taking Vioxx. (13)

Glucosamine and Chondroitin is a SAFER ALTERNATIVE to NSAIDS

(6) http://www.hopkins-arthritis.org/arthritis-news/1999/comments.html
John Hopkins Arthritis Information Web Site: On 4/20/99, The Wall Street Journal reported that celecoxib (Celebrex) has been linked to 10 deaths and 11 cases of gastrointestinal hemorrhages. Five (four men age 45-88 and one woman age 75) of the 10 who died suffered from gastrointestinal bleeding or ulcers.

(8) http://www.adrugrecall.com/celebrex/celebrex.html
Celebrex arthritis drug entered the U.S. marketed in January 1999. The FDA began to send Celebrex manufacture, Pharmacia, warnings that the agency was concerned with the promotional advertisements that were misrepresenting the safety of Celebrex.  FDA  letter to the drug company on April 6, 2000.

(9) http://www.medicalnewstoday.com/articles/40105.php
NEXIUM(R) Shown To Reduce Gastric Ulcers In At-Risk Patients Using Long-Term NSAIDs
Each year, there are an estimated 103,000 hospitalizations and 16,500 deaths in the United States attributed to complications from NSAID-associated gastric ulcers.(5) Among the elderly, NSAID use accounts for nearly one third of gastric-ulcer-related hospitalizations,(6) with an associated four-fold increased risk of death.(7)

(13) http://www.senate.gov/~finance/hearings/testimony/2004test/111804dgtest.pdf
David Graham Senate Testimony November 2004. Dr. Eric Topol at the Cleveland Clinic recently estimated up to 160,000 cases of heart attacks and strokes due to Vioxx, in an article published in the New England Journal of Medicine

(14) http://ww2.arthritis.org/conditions/alttherapies/Glucosamine.asp
What are Glucosamine and Chondroitin Sulfate? Arthritis Foundation

(16) http://www.huffingtonpost.com/jay-gordon/did-you-understand-the-ar_b_16399.html
Jay Gordon, MD Did You Understand the Arthritis Study? I Did. February 26, 2006 Huffington Post.

(c) 2007-2008-2009-2010 copyright all rights reserved Jeffrey Dach MD This article may be copied or reproduced on the internet provided a link and credit is given.