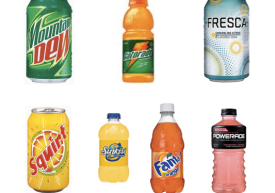 One of the first things that happens when we start our Iodine tablets (we use Iodoral) is the release of bromine from the body.  Bromine is a big problem since it is a toxic substance and is present in our food and environment in large quantities.  Without realizing it, we have been ingesting various forms of bromine our entire lives.

Excessive accumulation of bromine is called Bromism, so the adverse effects of Iodine tablets, which are in reality due to bromine release,  are similar to the symptoms of bromism.

One way to avoid these symptoms is to start the Iodoral with a low dose, such as half tablet every other day, to allow the body time to release the bromine.  Another method is the addition of unrefined sea salt, half teaspoon in water once or twice a day)  which provides the Sodium and Chloride ions for renal excretion of the bromine.  Otherwise the bromine is excreted by the skin and accumulates in the oil glands at the base of the hair follicles.  This leads to the Bromo-derma symptoms of acne and hair loss which are reported to me rarely in a few of my patients who actually have bromism symptoms after starting Iodoral.

Historically bromism has been known to occur with chronic ingestion of bromide salts used as sleep medications. In this case, excessive consumption of a cola with brominated vegetable oil caused a severe case of bromism. CASE REPORT:  The patient presented with headache, fatigue, ataxia, and memory loss which progressed over 30 days. He consumed 2 to 4 L of cola containing brominated vegetable oil on a daily basis before presenting with these symptoms. His significantly elevated serum chloride, as measured by ion specific methods, and negative anion gaps were overlooked during a prior hospitalization and emergency department visits. A focal neurologic finding of right eyelid ptosis led to an extensive evaluation for a central nervous system lesion. The patient continued to deteriorate, until he was no longer able to walk. A diagnosis of severe bromism was eventually made and his serum bromide was confirmed at 3180 mg/L (39.8 mmol/L). Despite saline loading the patient failed to improve but subsequent hemodialysis dramatically cleared his clinical condition, and reduced his serum bromide levels. The unilateral eyelid ptosis, a rarely reported finding in bromism, also resolved with hemodialysis.  CONCLUSIONS:  The negative anion gap or an elevated serum chloride should prompt an evaluation for bromism. In this case hemodialysis dramatically improved the patient’s clinical condition and reduced the half-life of bromide to 1.38 h.

3) http://www.ncbi.nlm.nih.gov/pubmed/17848857
J Occup Environ Med. 2007 Sep;49(9):1009-19.
Severe illness in furniture makers using a new glue: 1-bromopropane toxicity confounded by arsenic.  Raymond LW1, Ford MD.
To describe the illnesses of four workers with high concentrations of serum bromide after exposure to glue containing 1-bromopropane (1-BP).
METHODS:We reviewed all available clinical records, examined the workers, and obtained additional urinary arsenic values. We used standard autoanalyzer and other routine methods for blood and urinalysis.
RESULTS:All four workers had symptoms and abnormal physical findings when hospitalized, remaining symptomatic with abnormal examinations 3 months later. Milder symptoms persisted in two workers, 8 years after their initial illnesses. Both have returned to work. Follow-up was unavailable for the other two workers.
CONCLUSIONS:Severe illness occurred in four gluers after 1-BP exposures associated with elevated levels of serum bromide. All had elevated urinary arsenic concentrations, the source of which remains unknown, but which confound interpretation of the abnormal bromide levels and clinical findings present during the acute illnesses.

4) http://www.nejm.org/doi/full/10.1056/nejm200305083481921
Bromoderma after Excessive Ingestion of Ruby Red Squirt
N Engl J Med 2003; 348:1932-1934May 8,
We report a case of bromoderma from excessive ingestion of a soft drink. A 63-year-old man presented with a two-week history of tender, ulcerated, erythematous nodules on his hands and fingers (Figure 1Figure 1Ulcerated Erythematous Nodules on the Dorsal Aspect of the Hands and Fingers.). There was no history of recent travel or trauma. Skin biopsy revealed epidermal hyperplasia with sheets of intraepidermal and dermal neutrophils. Tissue culture was negative for microorganisms. The patient reported that he had been drinking 8 liters of Ruby Red Squirt daily for several months. This soft drink contains brominated vegetable oil. The patient’s serum bromine level was 0.96 mg per deciliter (normal level, <0.5 mg per deciliter), and a diagnosis of bromoderma was made. Review of the patient’s medications and additional history did not reveal other sources of bromine exposure. Because colchicine is thought to be antineutrophilic, treatment with colchicine was started. Discontinuation of consumption of the brominated soft drink and treatment with colchicine were followed by resolution of the skin lesions within four months. There was no recurrence after discontinuation of treatment with colchicine.
Bromoderma is a rare cutaneous hypersensitivity reaction to bromine exposure. Patients typically present with exudative plaques, fungating nodules, necrotic ulcers, and acneiform eruptions. Bromine intoxication can occur in 1 to 10 percent of exposed patients.1 Treatment includes avoidance of the source of bromine, wound care, and the administration of topical or systemic corticosteroids. To increase renal excretion of bromine, diuretics and sodium chloride can be used. Although our patient appeared to have a good response to colchicine treatment, we are unable to rule out spontaneous resolution due to the cessation of bromine ingestion.
Bromine intoxication from cola ingestion has been described,2 but we are unaware of other reports of bromoderma caused by soft-drink ingestion. Brominated vegetable oil is an emulsifier and flavor carrier commonly added to citrus-flavored drinks. Food and Drug Administration guidelines indicate that it cannot exceed a concentration of 15 ppm. Most reported cases of bromoderma have occurred after the ingestion of bromine-containing sedatives.3 Such sedatives are no longer available, but many bromine-containing medications are still available, including ipratropium bromide and dextromethorphan hydrobromide. Other reports of bromoderma cite the pesticide methyl bromide4 and a brominated pool disinfectant5 as sources of bromine exposure. Additional sources of bromine include flame retardants, photographic films and papers, and permanent hair-waving solution.

6) http://www.ncbi.nlm.nih.gov/pmc/articles/PMC3550397/
J Med Toxicol. Sep 2009; 5(3): 151–157.Case files of the medical toxicology fellowship at the New York City Poison C ontrol: Bromism: Forgotten, but not gone  Daniel M. Lugassy  corresponding author and Lewis S. NelsonAfter an extensive literature review, this appears to be the first case documenting bromide toxicity in a patient exposed to the product called Cordial de Monell, which contains potassium bromide. We have identified this product on store shelves in areas of New York City. We believe this child suffered from excess therapeutic sedative exposure due to her size, age, and repeated exposure. Bromism is not nearly as common as it once was, but several forms of bromide are still readily available. This diagnosis should be included in the differential diagnosis of patients who present with sedative-hypnotic-type intoxication. Elevations in the reported serum chloride levels and a negative anion gap are helpful findings if present, but our case and others before confirm that the lack of these features do not rule out this poisoning. This case further illustrates the need for clinicians to be diligent in obtaining thorough medication, dietary, herbal supplement, social, occupational, and cultural histories from their patients. Aggressive hydration with chloride-containing solutions is the cornerstone of treatment, and in severe cases dialysis may be considered. Bromides are not gone, and bromism should not be forgotten.

7) http://www.clinchem.org/content/36/8/1399.2.citation
Hyperchloremia and the incidence of bromism in 1990.
GN Bowers, M Onoroski – Clinical chemistry, 1990 – Am Assoc Clin Chem
’36. They demonstrate that the chloride method with the reater susceptibility to bromide interference(ie, a higher nterference ratio) produces a higher chloride value, albeit spurious one that might on a rare occasion lead to the liscovery of an unknown case of bromism.

8)http://www.ncbi.nlm.nih.gov/pubmed/1481876
Am J Nephrol. 1992;12(4):268-70.
Spurious hyperchloremia and decreased anion gap in a patient with dextromethorphan bromide.
Ng YY1, Lin WL, Chen TW, Lin BC, Tsai SH, Chang CC, Huang TP.
Author information
AbstractAlthough cold syrup containing dextromethorpan bromide is widely administered, the bromism due to cold syrup has not been reported. We report a patient who had negative anion gap with hyperchloremia and conscious loss because of daily intake of cold complex syrup (containing dextromethorphan bromide 0.4 mg/ml, acetaminophen 8.33 mg/ml) for headache for 4-5 years. The bromide content in cold complex syrup resulted in serum levels of bromide that interfered with the automated analyzers for chloride content. When conscious change is due to bromism, hemodialysis instead of forced hydration and diuresis should be performed immediately. Therefore, patients with a markedly negative anion gap with hyperchloremia should be considered as having halide intoxication.http://www.ncbi.nlm.nih.gov/pubmed/15278674
J Anesth. 1991 Jan;5(1):88-91.
False hyperchloremia in bromism.
Yamamoto K1, Kobayashi H, Kobayashi T, Murakami S.
Author information
AbstractPlasma chloride concentration measured by an ion-specific electrode can be interfered by other ions. The authors experienced a case of phantom limb pain with a marked hyperchloremia (251 mEq. l(-1)) which was measured by the ion-specific electrode method. The patient was diagnosed as bromide intoxication due to chronic ingestion of analgesic tablets which contain bromvalerylurea. A toxic level of plasma bromide concentration supported the diagnosis. Elevated plasma chloride and bromide concentrations were normalized in three weeks after discontinuation of the analgesic intake. Laboratory study revealed that fluoride ion did not affect chloride concentration measured by an ion-specific electrode. Bromide and iodide ions, however, interfered with the electrode and produced a large overestimation of chloride concentration. Hyperchloremia should be interpreted carefully when chloride was measured by an ion-specific electrode method.

9)http://www.ncbi.nlm.nih.gov/pubmed/7331046  free pdf
Three cases of bromide poisoning.
KW Moles, M Henry – The Ulster medical journal, 1981 … again there were no specific findings on examination and the bromide level in this case was 10.5
mmol/L with a chloride level of 93 mmol/L. Her condition improved as the bromide level fell with simple intravenous rehydration. COMMENT In bromism, thecommonest symptoms ..10)  http://europepmc.org/abstract/MED/8309208
Bromism or chronic bromide poisoning   (PMID:8309208)  Abstract
Baumeister FA, Eife R
Universitäts-Kinderklinik München im Dr. von Haunerschen Kinderspital.
Klinische Padiatrie [1993, 205(6):432-434] Type: Journal Article, Review, English Abstract (lang: ger)
Abstract     Highlight Terms Highlight biological terms.
Diseases(1) Chemicals(3)
Bromism, the chronic intoxication with bromide is rare and has been almost forgotten. In the recent past bromide is rediscovered as an anticonvulsive drug. The increasing frequency of bromism in children coming to admission induced this report. We describe the cause, the symptoms and the pseudohyperchloremia associated with bromism. If unclarified neurological or psychiatric symptoms are associated with the determination of an elevated serum chloride concentration and a diminished anion gap chronic intoxication with bromide has to be excluded.

13)  http://www.ncbi.nlm.nih.gov/pubmed/8567379J Am Vet Med Assoc. 1996 Jan 15;208(2):234-6.
High dietary chloride content associated with loss of therapeutic serum bromide concentrations in an epileptic dog.  Shaw N1, Trepanier LA, Center SA, Garland S.Bromide treatment was successful in controlling seizures in an 11-year-old Dachshund with epilepsy and presumptive phenobarbital-associated hepatopathy. Because bromide does not induce liver enzyme activity and does not seem to be hepatotoxic, it can be used to control seizures in dogs with concurrent epilepsy and hepatic disease. In this dog, institution of a special calculolytic diet with high chloride content was associated with a decrease in serum bromide concentrations and the recurrence of seizures. High chloride intake increases the elimination of bromide in dogs, leading to higher dosage requirements for bromide in dogs fed high-chloride diets.