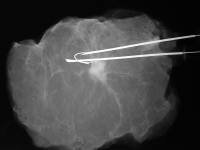 Thanks to Phyllis J. Bronson, Ph.D. who alerted me via email about a report that synthetic chemically altered hormones cause breast cancer published March 29, 2013 in the Journal of the National Cancer Institute.  This report is really about an old NIH study, the Women’s Health Initiative, which was terminated early because Prempro, caused breast cancer and heart disease.(1,2)  Prempro is a synthetic hormone known to cause breast cancer.

Over 11 years of observation, the (Prempro) estrogen plus progestin users had 0.60% incidence of breast cancer, while the non-users had 0.42%. This is roughly one and a half times more breast cancer in the Prempro users.

We know this because the NIH study included another group that was given Prempro minus the Provera. These women had hysterectomies, so did not need the progestin, Provera. They were given solely Premarin, the horse estrogen. These Premarin treated women actually had reduced incidence of breast cancer compared to controls, 23% less, as matter of fact. This is discussed in my previous article, here.

2) http://www.myhealthnewsdaily.com/3678-hrt-breast-cancer-risk.html
Hormone Therapy May Raise Risk of Aggressive Breast Cancers
Mar 29, 2013 | 4:13 PM ET | Rachael Rettner, MyHealthNewsDaily Staff Writer
Women who undergo hormone-replacement therapy (HRT) to treat symptoms of menopause are at increased risk of developing all categories of breast cancer, a new study has found. In the study, postmenopausal women on hormone replacement therapy that included both estrogen and progestin were 1.5 times more likely to develop breast cancer over an 11-year period compared with women not on the hormones. HRT increased the risk of breast cancers that have a low risk of recurrence, such as estrogen-receptor-positive cancers, as well as the risk of more aggressive breast cancers, such as triple-negative breast cancer. The findings back up the results of a study published last year that suggested HRT increased the risk of all categories of breast cancer. Before that study, doctors thought that HRT only increased the risk of less-serious cancers, said study researcher Dr. Rowan Chlebowski, of the Los Angeles Biomedical Research Institute. The new findings lead to more of a consensus on the link between HRT and breast cancer, and suggest doctors should exercise even more caution when prescribing the treatment, Chlebowski said.

The decision to start HRT should be made on a case-by-case basis, Chlebowski said. Women should speak with their doctors about the risks and benefits of the therapy. The benefits will be greater for those with more severe symptoms of menopause, Chlebowski said. The National Institutes of Health has stated that if women decide to receive HRT, they should take the lowest dose for the shortest amount of time, and be re-evaluated every six months to see if they still need the treatment. Recently, several doctors groups said that for women under age 60, or for those who reached menopause within the past 10 years, the benefits of HRT generally outweigh the risks. The link between HRT use and an increased risk of breast cancer was first seen in 2002, when a large study on the effects of estrogen and progestin therapy was suspended because researchers found the treatment increased the risk of invasive breast cancer.. The new study analyzed information from 41,000 postmenopausal women ages 50 to 79, about half of whom were taking HRT (estrogen plus progestin) at some point in the study, and half who were not on the therapy. During the study period, about 2,200 women were diagnosed with invasive breast cancer. Among those who took HRT, 0.6 percent developed breast cancer each year, compared with 0.42 percent for those who weren’t on HRT. Women’s survival after a breast-cancer diagnosis was about the same for both groups. However, because more women who took HRT developed breast cancer, the findings suggest that the use of HRT may increase deaths from breast cancer in the population as a whole, the researchers said. The findings support what doctors have already been doing to recognize the risk of breast cancer with HRT, said Dr. Erin Olson, an oncologist at Ohio State’ s James Cancer Hospital who was not involved in the study. In an editorial accompanying the study, Catherine Schairer and Louise Brinton, of the National Cancer Institute, said that the new study does not provide definitive evidence that HRT increases the risk of both low-risk and aggressive cancers. To answer this question, more studies will need to take into account the length of time the women are on the therapy. The study was published in the March 29 issue of the Journal of the National Cancer Institute.