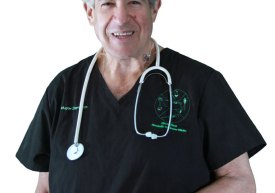 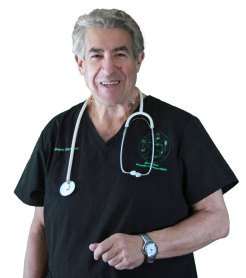 I received an email from my good friend and colleague, Mayer Eisenstein MD with a video discussing the new study published by Destefano in the Journal of Pediatrics (3) allegedly showing no link between vaccination and autism.

You may have seen my recent article suggesting there actually is such a link to Mercury containing vaccines.  If so, you might wonder why the opposing view seems to be appearing in the mainstream media.(4-6)

No Autism in Large Cohort of Unvaccinated Children

In this video, Dr. Eisenstein does a good job of explaining why the Destefano study is flawed and, frankly, a blatant propaganda piece for the Drug-Vaccine industry.  Dr Eisenstein goes on to report his experience delivering forty thousand babies in Chicago over a 30 year career providing with home birth and pediatric medical services.  None of the children under his care ever received vaccinations.  That was their intentional policy.   Dr Eisenstein reports virtually NO Autism in his population.  This is a remarkable statement, which suggests that the CDC, NIH and all the other government agencies have not been straight with us.  If so, this won’t be the first time.

Similar comments have been made about the lack of Autism among Amish children (Lancaster County, Pennsylvania) who are not vaccinated for religious reasons, as mentioned in this article by Mercola.

For more detailed information on the flaws in the Destefano study, and why it should be thrown into the garbage can, see this article by Brian S. Hooker, PhD (1,2)

1) http://healthimpactnews.com/2013/can-we-trust-the-cdc-claim-that-there-is-no-link-between-vaccines-and-autism/
April 5, 2013 Can We Trust the CDC Claim that There is No Link Between Vaccines and Autism? Brian S. Hooker, PhD, PE, is an Associate Professor of Biology at Simpson University in Redding California where he specializes in chemistry and biology. Additionally, Hooker is the Senior Process Consultant at ARES Corporation, working closely on process design for the environment restoration industry. His design efforts focus on industrial biotechnology and chemical engineering principles. Brian dedicated over 15 years as a bioengineer and the team leader for the High Throughput Biology Team and Operations Manager of the DOE Genomics: Genomes to Life (GTL) Center for Molecular and Cellular Systems at the Pacific Northwest National Laboratory (PNNL). Dr. Hooker managed applied plant and fungal molecular biology research projects at the Pacific Northwest National Laboratory, where systems biology researchers are focused on understanding gene and protein networks involved in individual cell signaling, communication between cells in communities, and cellular metabolic pathways. In 1985, Dr. Hooker earned his Bachelor of Science degree in chemical engineering, from California State Polytechnic University, Pomona, California. He earned his Masters of Science degree in 1988 and his doctorate in 1990, both in biochemical engineering, from Washington State University, in Pullman,
Washington.

Increasing Exposure to Antibody-Stimulating Proteins and Polysaccharides
in Vaccines Is Not Associated with Risk of Autism by Frank DeStefano, MD, MPH1, Cristofer S. Price, ScM2, and Eric S. Weintraub, MPH1
2013 was released in the Journal of Pediatrics

Objective To evaluate the association between autism and the level of immunologic stimulation received from vaccines administered during the first 2 years of life.

Study design We analyzed data from a case-control study conducted in 3 managed care organizations (MCOs) of  256 children with autism spectrum disorder (ASD) and 752 control children matched on birth year, sex, and MCO. In addition to the broader category of ASD, we also evaluated autistic disorder and ASD with regression. ASD diagnoses were validated through standardized in-person evaluations. Exposure to total antibody-stimulating proteins
and polysaccharides from vaccines was determined by summing the antigen content of each vaccine received, as obtained from immunization registries and medical records. Potential confounding factors were ascertained from
parent interviews and medical charts. Conditional logistic regression was used to assess associations between ASD outcomes and exposure to antigens in selected time periods.

Conclusion In this study of MCO members, increasing exposure to antibody-stimulating proteins and polysaccharides in vaccines during the first 2 years of life was not related to the risk of developing an ASD. (J Pediatr 2013;-:—).

6) http://www.inquisitr.com/594804/autism-vaccines-not-linked-cdc-getting-tired-of-repeating-itself/
Autism, Vaccines Not Linked, CDC Getting Tired Of Repeating Itself
new study led by Dr. Frank DeStefano which again found absolutely no link between the number or timing of childhood vaccines and the development of autism. The study, which will be published in The Journal of Pediatrics, examined over 1,000 children born between 1994-1999. One-fourth of the children had autism spectrum disorder (ASD), and the rest didn’t. The team looked at each child’s exposure history to vaccines, including the number of antigens that a child received in a single day of vaccination.

link to this article: http://wp.me/p3gFbV-ck